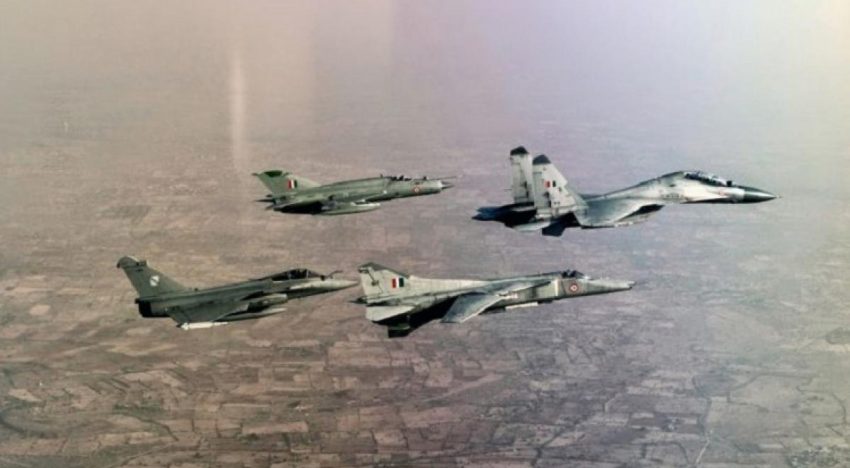 “Once the Su-30MKI and the Rafale start operating together, it will be a potent combination against our adversaries, be it Pakistan or anybody else.”

Once the French Rafale and the Russian Su-30MKI jets start operating jointly in the Indian Air Force (IAF), it will be a deadly combination and will make our enemies including Pakistan worried in case of any conflict, said Indian Air Force Vice Chief Air Marshal RKS Bhadauria.

“Once the Su-30MKI and the Rafale start operating together, it will be a potent combination against our adversaries, be it Pakistan or anybody else. It will be a potent capability. Any adversary would be worried about such a combination,” Bhadauria, who is here to attend Indo-French Air Force exercise Garuda 6.

“For any such (February 27-type) operation by Pakistan, they would have losses much more. We would have larger weapons and we would have better weapons. The attrition that we will inflict would be very very high,” he said when asked if Pakistan would dare to carry out a February 27-type operation after the two fighter aircraft start operating.

IAF Vice Chief also said that he was looking forward to fly the Rafale aircraft of the French Air Force.

Bhadauria was the head of the Indian team that negotiated with France for the deal to acquire 36 Rafale jets in 2016.

After India attacked a Jaish-e-Mohammed terrorist camp in Pakistan’s Balakot town, the Pakistanis counter attacked firing air to air missiles from deep within their territory but the attack was foiled by the Indian Air Force MiG-21s and Su-30s.

Following the aerial conflict, the Indian Air Force had stated that if the Rafales were part of the fleet at that time, the Pakistanis would not have even dared to come close to the LoC.

The Rafale with its Meteor air to air and Scalp air to ground missiles is believed to be the best fighter jet in the continent.

An IAF contingent is currently in France for the joint exercise ‘Garuda’ with the French Air Force (FAF) to enhance interoperability and cooperation between the two Air Forces.

India and France are strategic partners and have been enhancing their cooperation over the last many years.

Prime Minister Narendra Modi-led government had signed a deal for 36 Rafale fighters with France in the year 2016.

The first squadron would be based in Ambala while the second one would go to Hashimara on the border with China.