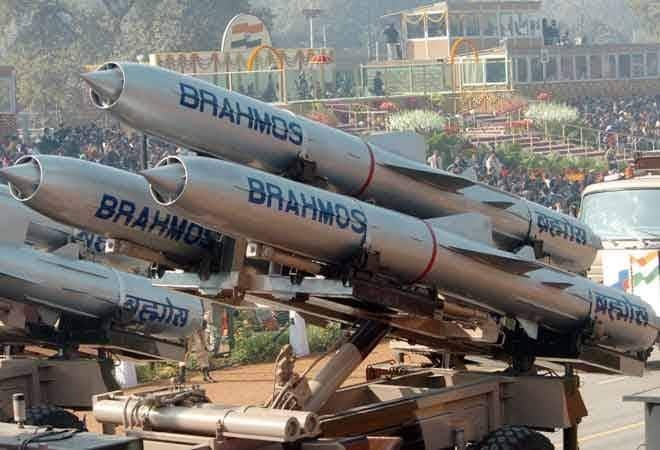 India has been in talks with several countries, including Thailand, Indonesia, Philippines and Vietnam, over the past few years to sell them land and defence sea-based versions of the BrahMos supersonic cruise missile.

The Philippines is set to become the first country to buy the BrahMos cruise missile jointly developed by India and Russia, with New Delhi and Manila focusing on price negotiations with the aim of concluding a deal in 2020, people familiar with the discussions said.
India has been in talks with several countries, including Thailand, Indonesia and Vietnam, over the past few years to sell them land and sea-based versions of the supersonic cruise missile.
The people cited above said the Philippines Army had zeroed in on the BrahMos after extensive trials and everything now revolved around the cost of the system and financing for the deal.
“As far as the Philippines Army is concerned, the consensus on the BrahMos system is a done deal. Now, it’s all about the price negotiations and we hope the deal will be finalised next year,” said a person familiar with the negotiations who declined to be named.
The cost of the system will be the key factor in Manila’s decision on the number of units to be purchased to equip the Philippines Army’s first Land Based Missile System Battery, which was raised and activated in October, the people said.
Though India has offered a $100 million line of credit to the Philippines for defence purchases, Manila is exploring the option of acquiring the BrahMos system with its own funds to be allocated in the next budget.
“Various options are being looked at – whether it should be internal funding or a preferential loan – and whether there will be some preferential terms offered for the sale. The cost will determine how many systems are bought,” said the person cited above.
The Philippines Army’s decision to opt for the BrahMos became evident when a mock-up of the land-based version of the missile was displayed at an expo in Manila on December 5. The missile was displayed mounted on a truck launcher system and a chart outlined the Philippines Army’s development road map for the first Land Based Missile System Battery.
The chart said the battery had been activated and its personnel would undergo special courses on rockets, missiles and training simulators to be prepared for inducting the missiles. The chart also said: “Equipment: For acquisition of LBMS (BRAHMOS).”
The chart showed the Philippines Army expects the battery’s personnel and equipment to be ready and for all the equipment to be acquired by 2024.
It also showed the army expects the battery to be fully capable of defending the Philippines against external threats by 2028.
In recent years, the Philippines has concluded several deals with India for personal protective items or bulletproof gear and armour plating for military vehicles.
An Indian firm has also bid for a recent Philippines tender for bulletproof gear.
During Prime Minister Narendra Modi’s visit to the Philippines in 2017, the two sides signed an MoU on defence industry and logistics cooperation to provide a framework for strengthening cooperation and coordination in logistics support and services, and in the development, production and procurement of defence hardware.
In July, Thailand ambassador Chutintorn Gongsakdi had told HT his country was hoping to conclude negotiations on the purchase of the BrahMos missile by next year. He said Thailand is eyeing “important purchases” of Indian military hardware, including coastal radars and the BrahMos.
India is also exploring the possibility of selling the BrahMos to Indonesia, and a team from the Indo-Russian joint venture that makes the system visited a state-run shipyard in Surabaya in 2018 to assess the fitting of the missile on Indonesian warships.
Talks have also been held with Vietnam for the sale of the BrahMos, which was developed by the Indo-Russian joint venture set up in 1998. The Indian Navy inducted the missile on its frontline warships in 2005 and the army began inducting the BrahMos from 2007 after a series of tests.