Military Series – In this series we will be looking at various gallantry awards of the India Defence Forces. Param Vir Chakra (PVC) is the highest gallantry award presented to Military Personnel. This award was designed by Savitri Bai Khanolkar. 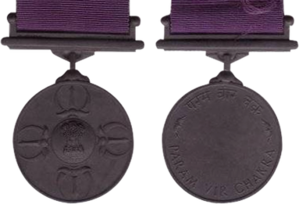 About the Param Vir Chakra

Instituted on 26 January 1950, the first Republic Day, the Param Vir Chakra (PVC) is awarded for most conspicuous bravery or some daring or preeminent act of valour or self-sacrifice, in the presence of the enemy, whether on land, at sea, or in the air.

The decoration may be awarded posthumously. It came into retrospective effect from 15 August 1947.

Literally, the Param Vir Chakra means ‘Wheel (or Cross) of the Ultimate Brave’.

Medal:  Circular in shape, made of bronze, one and three eighth inches in diameter and shall have embossed on the obverse four replicas of “Indra’s Vajra” with the State Emblem embossed in the centre. On its reverse, it shall have embossed “PARAM VIR CHAKRA” both in Hindi and in English with two lotus flowers between the Hindi and the English inscriptions.

The PVC is the equivalent award of the “Victoria Cross” (VC) of the United Kingdom or the “Medal of Honor” of the United States of America. 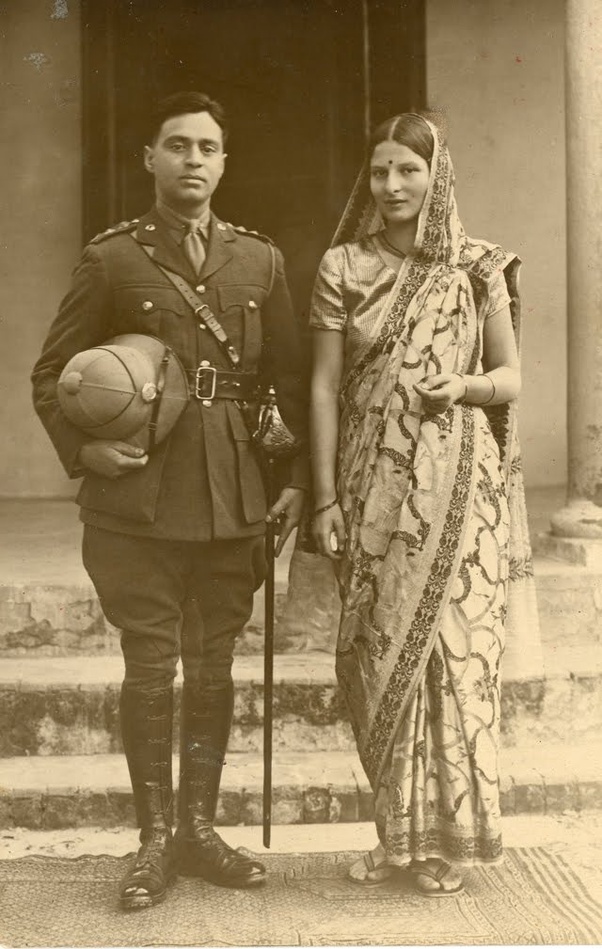 Mrs Savitri Bai Khanolkar designed the PVC Medal. She was born on 20 July 1913 in Switzerland as Eve Yvonne Maday de Maros. She met Cadet Vikram Ramji Khanolkar who was visiting Switzerland during a term break from the Royal Military Academy, Sandhurst, UK. They fell in love and married later. Subsequently, she changed her name to Mrs Savitri Bai Khanolkar. Mrs Khanolkar was chosen to design the medals owing to her in-depth understanding of Indian culture and her artistic skills. Besides designing the PVC, she designed the major Gallantry Medals for both war and peace, namely Ashok Chakra (AC), Maha Vir Chakra (MVC), Kirti Chakra (KC), Vir Chakra (VrC) and Shaurya Chakra (SC)! She also designed the General Service Medal–1947, used until 1965. Interestingly, her daughter Mrs Kumudini Sharma’s brother-in-law, Maj Somnath Sharma, was posthumously awarded India’s first PVC, in the Battle of Badgam in 1947. Mrs Khanolkar passed away on 26 November 1990