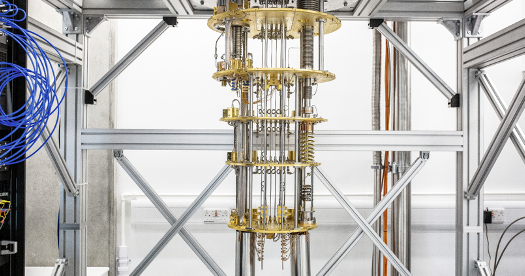 The UK startup, based at the University of Oxford, claims that its Coaxmon technology, which employs three-dimensional architecture rather than two-dimensional circuits, simplifies fabrication and increases the coherence of quantum systems, thereby increasing scalability. The company stated that its QCaaS platform will be available via a private cloud, where partners and customers will be able to “further experiment with quantum.”

“The launch of our QCaaS platform is not only a significant milestone in the history of Oxford Quantum Circuits, but also a significant step forward in realising the full potential of quantum computing in the UK and globally,” said Dr Ilana Wisby, OQC’s CEO. “By expanding the availability of our QCaaS platform to strategic partners and customers, we are allowing the world’s leading enterprises to demonstrate just how transformative quantum will be in their respective industries.”

Cambridge Quantum Computing service, a quantum software and security company, will be the first to gain access to the private cloud in order to demonstrate its IronBridge cybersecurity platform. The company will gain access to OQC’s four-qubit Sophia system, which is housed at the company’s Thames Valley Science Park facility in Reading.

“We are thrilled to be collaborating with OQC on their first commercially available product,” Cambridge Quantum CEO Ilyas Khan added. “Ilana and her team represent the very best of breed in the UK’s hardware sector, and this audacious launch of a quantum processor by a company that has operated in stealth mode is a reminder of the UK’s quantum technologies sector’s depth and diversity.”

While OQC is the first company in the United Kingdom to offer cloud-based access to quantum systems, a growing number of companies worldwide are providing similar commercial services.

IonQ is making its 32-qubit system available via Google Cloud – ahead of Google’s own hardware – as well as Amazon Web Services and Microsoft Azure service.

Through a cloud-based web portal, IBM provides access to more than 20 quantum systems housed in a New York data centre. According to the company, 150 organisations currently have cloud access to its quantum fleet. Big Blue has also begun installing quantum computers on-premises; it recently delivered one to Fraunhofer-Gesellschaft in Germany and is scheduled to deliver another to the Cleveland Clinic medical centre in Ohio. Additionally, it is scheduled to deliver another system to one of its Japanese facilities in the coming months.

The University of Innsbruck recently announced the development of a quantum computer that fits inside two standard 19-inch server racks, accelerating the possibility of simplified on-premise deployments.