Minimum number of featured posts is 4.
Home Data Center Nvidia unveils the Cambridge-1 supercomputer, the fastest in the United Kingdom. 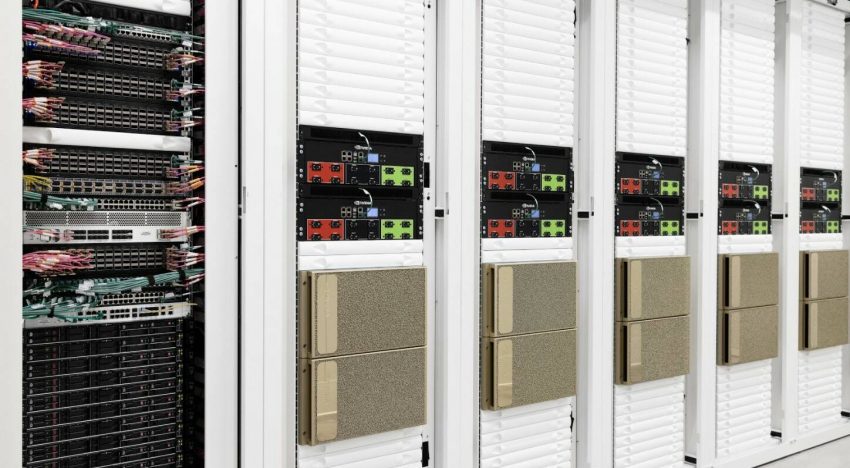 Cambridge-1 is the UK’s fastest supercomputer, capable of eight petaflops of standard Linpack performance or 400 petaflops of ‘AI compute.’

The supercomputer is comprised of 80 Nvidia DGX A100 AI-focused GPU systems and features a 20 terabytes/sec InfiniBand connection and 2 petabytes of NVMe memory.

AstraZeneca, GSK, Guy’s and St Thomas’ NHS Foundation Trust, King’s College London, and Oxford Nanopore Technologies will all have access to the machine. They are all already running Nvidia DGX systems, which is a requirement for participation.

“Cambridge-1 will enable world-class researchers in business and academia to carry out life-changing research on the UK’s most powerful supercomputer, unlocking clues to disease and treatments at a scale and speed previously unimaginable in the UK “Jensen Huang, CEO of Nvidia, stated.

“Cambridge-1’s discoveries will take shape in the United Kingdom, but their impact will be global, propelling groundbreaking research that has the potential to benefit millions worldwide.”

The system was created ostensibly to aid the healthcare sector and Nvidia’s efforts to develop artificial intelligence tools for the lucrative industry. However, it was also financed as part of the company’s campaign to persuade the UK to approve its $40 billion acquisition of Cambridge-based chip designer Arm.

Nvidia had hoped to invite Prime Minister Boris Johnson and then-Health Secretary Matt Hancock to the company’s opening ceremony, but both invitations eventually fell through.

Earlier this year, we spoke with Marc Hamilton, Nvidia’s vice president of solutions architecture and engineering, about the new supercomputer.

“We have a lot of supercomputers in California, and the majority of our researchers live here,” Hamilton explained. “We reasoned, why not locate our supercomputer in an area with a high concentration of Nvidia employees – current and future – and customers?”