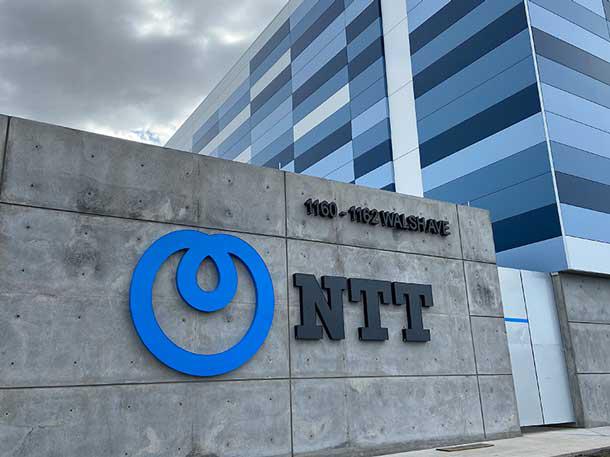 As part of NTT’s bullish expansion plans in North America, the Japanese-based technology conglomerate is launching a unique Earthquake Resistant data center in the heart of Silicon Valley tailor-made to withstand earthquakes.

The company opened its new “earthquake resistant” data center in Santa Clara, Calif., this week dubbed SV1, which is a 16MW facility that includes NTT’s Base Isolation System for seismic stability that has over 60 percent less motion than a non-isolated, fixed data center building. It is NTT’s first  in the U.S. market to feature this seismic isolation design.

“All providers in the Santa Clara region build data centers to withstand earthquakes resistant, but our base isolation design goes a step further,” said Brittany Miller, vice president of construction and design for the Global  Americas division of NTT Ltd. in a statement. “Not only does it protect the physical four-story building, but it also protects the mission-critical IT equipment and infrastructure inside the building from strong earthquakes. This system has been proven to work in several buildings in Japan, which is known for having severe earthquakes, and we wanted to add that extra peace of mind for our clients in Silicon Valley.”

California’s Silicon Valley is between two major fault lines, which is why NTT’s new SV1 data center is designed with earthquake protection in mind. The construction utilizes NTT’s base isolation system that is proven to reduce shocks from major earthquakes, according to the company. It uses a combination of “triple-friction pendulum pedestals and viscous dampers that dissipate energy and reduce building displacement” by allowing the structure and all connections to move up to 32 inches in any horizontal direction during an earthquake, NTT said.

Ryuichi Matsuo, executive vice president for NTT’s Global Centers division, said the new Silicon Valley data center “reinforces” the company’s investment in the U.S. data center market and commitment to growth for customers.“With NTT’s flexible, scalable, secure infrastructure and full-stack services, SV1 will accommodate the needs of a variety of clients, helping them achieve their business objectives,” said Matsuo in a statement. “Clients today are looking for a data center provider with a growing global portfolio, and this adds one more to NTT’s five other U.S campuses.”

The data market is expected to grow in 2021, according to new data by IT research firm Gartner.

In a newly revised global IT spending forecast for 2021, Gartner now expects tech spending to increase 8.4 percent, up from a 6 percent growth forecast earlier this year. Gartner now projects total IT spending this year to reach $4.07 trillion. Worldwide spending on data systems is expected to grow 7.7 percent in 2021 to $237 billion.