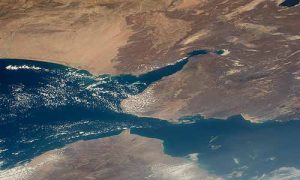 After operationalising the Mutual Logistics Support Agreement (MLSA) signed with France, the Indian Navy is looking for access to French naval base in Djibouti for refuelling and operational turnaround, defence sources said.

Next month, Indian Navy Mig-29K fighters and French Navy Rafale-M fighters operating off their aircraft carriers will exercise together off Goa coast in May under the bilateral exercise Varuna.

“We already have access to the French base on Reunion Island for refuelling. We are in discussion for using their base in Djibouti,” a defence source said on Thursday. 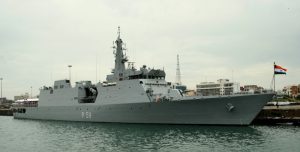 Beginning with the first logistics with the U.S in 2016, India has signed several such agreements and discussions are on with at least five more countries. France is the only country whose ships have docked at Karwar and Mumbai under the MLSA.

In line with the expanding maritime collaborative efforts under the Navy’s foreign cooperation initiative, this year’s Varuna exercise will be the largest so far.

As part of the expanding maritime collaborative efforts, this year’s Varuna exercise will be the largest bilateral exercise in terms of scope and complexity. “There will be a major focus on carrier operations and Anti-Submarine Warfare (ASW) training,” the source said.

Both countries operate one aircraft carrier each. France is sending its nuclear-powered carrier Charles De Gaulle and India will be deploying INS Vikramaditya. The last time both sides deployed carriers was in 2015 when INS Viraat took part. The MLSA will also be in force during the bilateral exercise.

During the exercise, interactions are scheduled between the pilots of Mig-29K and Rafale-M and also of the carrier teams in foreign object damage assessment in engines. Other focus areas of the exercise are explosive detection and mine hunting. France has also asked for India’s assistance in training in protection of offshore assets, a second source said.

In a first, the head of the French Navy submarine arm, ALFOST, will visit India after the exercise.

Interestingly, Rafale-M, the maritime variant of the Rafale fighter, is the race for the Navy’s tender for 57 carriers borne jets for which the process is under way. Boeing F-18 Super Hornet is the other contender.

France has joined the Information Fusion Centre-Indian Ocean Region (IFC-IOR) inaugurated by the Indian Navy last December. The two countries are already cooperating in the area of Maritime Domain Awareness through information exchange and have recently taken steps for space-based maritime surveillance.