Digendra Kumar MVC, SM (born 3 July 1969) is a former soldier of the 2nd battalion of the Rajputana Rifles regiment of the Indian army. He was awarded the Mahavir Chakra on 15 August 1999, for his acts of bravery in the Kargil War. He retired from the army on 31 July 2005. 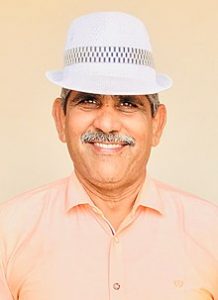 Digendra Kumar joined the 2nd Battalion of the Rajputana Rifles on 3 September 1985. After training was complete, his battalion was posted to Kashmir.[2] In 1987 he was selected for the Indian Peace Keeping Force and took part in Operation Pawan in Sri Lanka.

Operation Pawan was the code name given to the LTTE’s takeover of Jaffna by the Indian Peace Keeping Force in late 1987.  Digendra Kumar and his gang were sent to monitor Tamil strongholds. Five Tamil terrorists murdered five Kumar’s soldiers. In response, Kumar and his crew pursued the militants inside an MLA’s home. But the MLA objected, and he was murdered along with the five Tamil terrorists in the subsequent battle. Kumar was fined and remanded for his actions.

The LTTE also seized 36 troops from the 10th Parachute Regiment. Lt. Gen. A.S. Kalkat tasked Kumar with their liberation. Kumar floated up the river with 50 kg of ammo and snacks. Kumar saved the soldiers, destroyed a vital weapons storage, and killed 39 terrorists.

In the Dras sector, Major Vivek Gupta and his company of the 2nd Rajputana Rifles were tasked with recapturing Point 4590.   The goal was to seize the enemy’s high-altitude position (15,000 feet).

The Pakistani army built 11 bunkers on Tololing. Kumar was to hit the first and last. They were to attack the remaining 9 bunkers.

On June 13, 1999, the Assault Group came under enemy fire and suffered losses. Lance Bhanwar Lal Bhakar Naik Jasvir Singh, Surendra Singh, and Chaman Singh died. Major Vivek Gupta was murdered by a headshot. nDespite being shot in the left arm, Kumar maintained shooting his light machine gun at the enemy. His soldiers might physically assault the opposing position and clear the territory after a hand-to-hand combat. He alone killed 48 Pakistani soldiers and took 18 bullets to his body armour.

The nation’s second-highest wartime gallantry award, the Mahavir Chakra, was awarded to Digendra Kumar on 15 August 1999, for daring actions and service to his country during the Kargil War, specifically by occupying Tololing Hill.