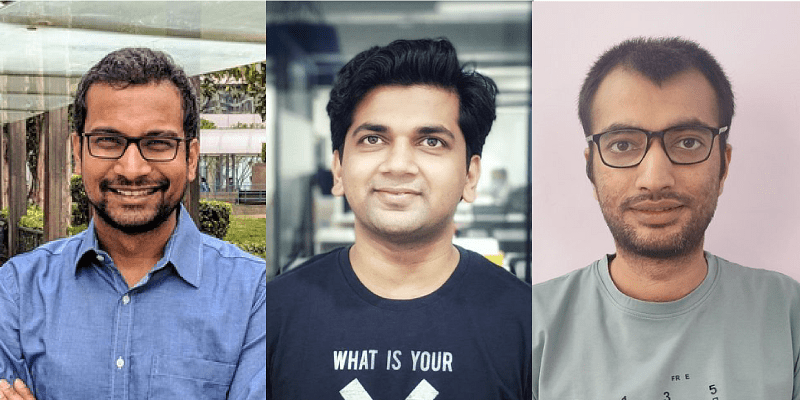 Mailmodo, founded in 2020, is a SaaS technology startup whose no-code marketing platform enables marketers to create engaging email when communicating with potential customers, resulting in a higher conversion rate.

The pandemic has instilled in people a sense of foreboding. While entrepreneurship is a risky endeavour even in the best of times, numerous entrepreneurs launched new businesses in the last year despite the difficulties.

Entrepreneur Aquibur Rahman has always desired to start his own business. The IIT-IIM graduate worked with a few startups, including ClearTax and CarDekho, before launching Mailmodo in 2020. Apurv Gupta and Devyesh Tandon are the other co-founders of the Bengaluru-based startup.

“During my time researching for ideas, I came across Google’s AMP email platform, and this excited me as there was a huge potential in this segment,” says Aquibur.

The software as a service (SaaS) technology startup has lined up an ambitious plan ahead.

AMP email is a framework created by Google in 2019 that makes this form of communication much more dynamic and provides an option to add forms and APIs inside emails.

According to Aquibur, the internet world has dynamically evolved from static pages to interactive experiences with a strong emphasis on user interaction. However, this has not been the case with emails, which have remained a one-way communication medium devoid of the dynamic element necessary to engage users.

Google’s AMP email framework enables the integration of elements such as shopping carts, APIs, calendars, and forms, which makes dealing with this communication platform more engaging. “It simulates a website experience within the email,” Aquibur explains.

Since graduating from IIM Ahmedabad, Aquibur has worked primarily in marketing roles with various startups. Prior to founding Mailmodo, he provided consulting services to a number of early-stage startups.

He says, “For many marketers, when they send out an email, there is no control on its conversion rate, but this can be substantially increased through the AMP emails and Mailmodo platform.”

The startup recognised that many of the rich features available for email integration could not be handled by marketers. As a result, it chose to build a no-code platform that enables them to easily include whatever they want via a drag-and-drop tool.

To begin, Mailmodo promoted the product through its networks, where a number of established startups were eager to experiment with the platform. It was launched as a private beta product and the initial results were very encouraging as those who used it saw a 2x to 3x rise in the conversion of the marketing emails.

Encouraged by this response, Mailmodo made this platform available to the public. The startup claims to have gained traction from startups in sectors such as fintech, education technology, and ecommerce.

According to Aquibur, businesses use the platform for a variety of purposes, including lead generation, surveys, webinar registration, online shopping, and job application.

“Today we are looking at the possibility where one can do online shopping through an email,” he says.

Aquibur made it abundantly clear that Mailmodo would make its product available via the SaaS model, thereby expanding its reach. It has a variety of pricing models that vary according to the volume of business.

Mailmodo claims to have received significant interest from the venture capital ecosystem in the last year, with investors eager to invest in the startup.

“At first, we considered bootstrapping the venture, but the interest from venture capitalists and founders of other startups was overwhelming,” Aquibur explains.

Mailmodo was funded in its initial round by Firstcheque, Titan Capital, and other angel investors. This startup is now a part of the latest cohort of YCombinator and Sequoia Capital India’s Surge programme.

Aquibur says, “Venture funding has helped us to hire good talent and this helps us getting our share in the market as soon as possible.”

Aquibur says, “Venture funding has helped us to hire good talent and this helps us getting our share in the market as soon as possible.”

Mailmodo currently generates an annual revenue run rate of $120,000, with the majority of its clients located in India. It is now aiming to expand globally, with the United States as the primary market.

Due to the relative youth of AMP email, this startup faces no credible direct competition in this segment, though some established companies provide marketing services for this web communication platform.

Mailmodo is leveraging various tools to expand its market reach, including content marketing, online channels, and educating customers about the various benefits of AMP emails.

The startup has plans to incorporate additional product innovations into its platform, such as the integration of complex applications into emails, but Mailmodo’s primary goal will always be to simplify marketers’ workflows so they can conduct more meaningful engagement with their potential customers via email.

Aquibur says of being an entrepreneur, “I’ve always wanted to start my own business, and this is very close to my heart, though it’s a very different experience.”