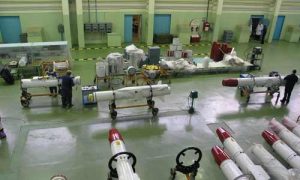 L&T MBDA is awaiting an industrial licence, and export orders with “critical delivery timelines” were piling up, the company said.

“The unit assured that the manufacturing operations will not start until the grant of industrial licence under the Arms Act 1959 by the Department for Promotion of Industrial and Internal Trade (DPIIT). 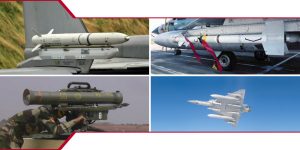 “The unit also assured that it will abide by conditions as required by the Department of Commerce,” according to the agenda note to be considered by the Board of Approval (BoA) for SEZs in its meeting on April 22.

The proposed SEZ unit is to come up at the Aspen Infrastructures Ltd SEZ, Coimbatore, Tamil Nadu, and will focus on assembly, integration, and functional testing of missile sub-systems and missile weapon systems.

The BoA on SEZ, in its meeting in November 2018, had considered a request for LoA by L&T MBDA Missile Systems, but at that time it had not given its approval.

Instead, it directed that the proposal for grant of licence may be expeditiously processed on file after receiving necessary application/documents from the unit and clearances from relevant departments. An application for industrial licence was subsequently made to the DPIIT, and is under its consideration.

The unit, however, is continuously pressing hard for a LoA for their SEZ unit pending issuance of industrial licence by the DPIIT, as it would allow it to enter into a lease agreement with the SEZ developer and undertake construction of manufacturing facilities.

“The unit has mentioned that it has already received export orders with critical delivery timelines. The missile sub-assemblies to be produced by the unit are to be exported to France for integration into missiles by the unit’s customer MBDA, which will supply the missiles to the Indian Armed Forces.

“To meet the timeline the unit needs to construct specific manufacturing facility for execution of these export orders,” the agenda pointed out.

The matter of the unit was examined by the Department of Commerce, and it was decided to place the request for the examination of the BoA at its next meeting.

L&T’s joint venture with MBDA, the French missiles systems company jointly held by Airbus Group, BAE Systems and Leonardo, was incorporated in April 2017 as an Indian company, with L&T holding 51 per cent stake and MBDA holding the remaining 49 per cent.

“To begin with, the JV company will look to develop and supply fifth-generation anti-tank guided missiles for coastal and high-speed target drones,” both companies said in a joint statement.