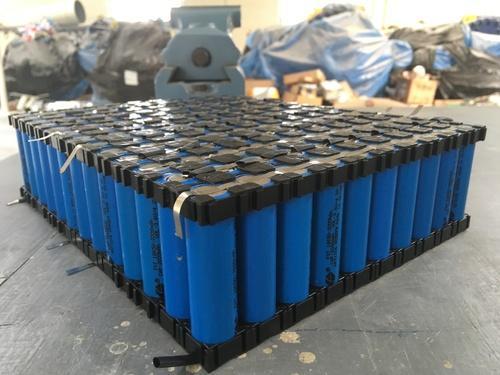 The lithium-ion battery market is expected to grow exponentially in the next five years in India and its recycling offers a $1000 million opportunity by 2030, JMK Research has estimated. However, recycling would gather momentum only when the Indian government brings in a well-defined regulatory and policy framework said the research firm.

Initiatives by the centre that will accelerate the growth of lithium-ion battery market in India include National Electric Mobility Mission Plan 2020, with a projection of getting 6-7 million electric vehicles on Indian roads by 2020, installation of 175 GW of renewable energy by 2022.

As per JMK Research estimates, the lithium-ion battery market in India is expected to increase from 2.9 GWh in 2018 to about 132 GWh by 2030 (CAGR of 35.5%). The increasing volume of lithium-ion batteries would, in turn, lead to a growing capacity of ‘spent’ batteries in the ecosystem which if left untreated would lead to health and environmental hazards.

Precious metals comprising these batteries would be lost forever. Therefore, managing this lithium-ion battery waste through recycling is a necessity.

JMK research estimates that the recycling market in India will start picking up from the year 2022 onwards when batteries presently in use in electric vehicles would reach their end of life.

In the year 2030, the recycling market is estimated to be around 22 – 23 GWh, which is a $1,000 million opportunities. Indian companies like Tata Chemicals, Raasi Solar and Mahindra Electric have already started looking at this lucrative opportunity and have either already established or announced plans to set up recycling operations.

Tata Chemicals has already launched its lithium-ion battery recycling operations in Mumbai. Raasi Solar has announced plans to set up a 300 MW plant focussing on lithium battery recycling along with battery assembling and cell manufacturing. Mahindra Electric has also expressed its plans to enable EV battery recycling, in a method similar to the recycling of cell phone batteries, with the help of a supply partner.

“Although there is awareness around the recyclability and reusability of batteries, this market would gather momentum only when the Indian government brings in a well-defined regulatory and policy framework. To date, India does not have any specific regulations or guidelines around the effective disposal and recycling of lithium-ion batteries. Even India’s e-waste guidelines have no mention of lithium-ion batteries. Clear guidelines have to be laid out for collection, storage, transportation and recycle of waste batteries. Detailed instructions for both consumers and battery suppliers also have to be laid out and implemented,” said JMK Research in a recent statement.