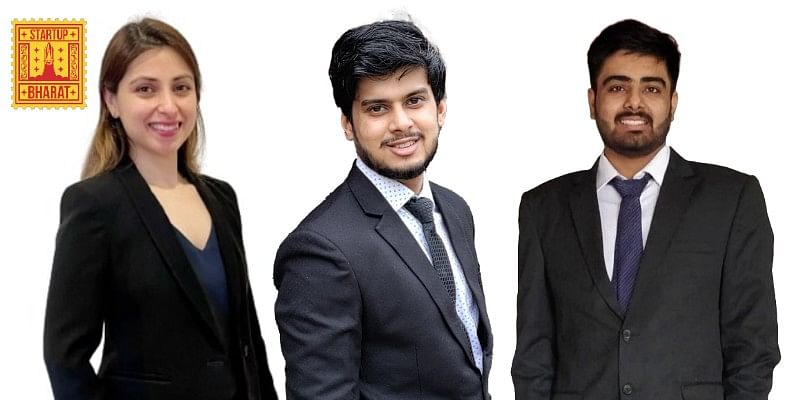 Deepfake videos are quickly establishing themselves as the most dangerous type of crime. Deepfakes are videos that have been manipulated to show someone saying or doing something they never said or did. According to a report by University College London (UCL), fake content would be difficult to detect and prevent, and could be used for a variety of purposes, ranging from discrediting a public figure to extracting funds via video call impersonation of a couple’s son or daughter.

Concerns about the “destructive potential” of deepfakes have sparked a global debate about fake posts and deepfakes, for which Kroop AI, a Gandhinagar-based startup, has developed a solution.

Kroop AI is a deployable AI-enabled platform that enables businesses and individuals to identify deepfakes across audio, video, and image data. It was founded in February 2021 by Jyoti Joshi, an AI scientist; and IIT alumni Milan Chaudhari and Sarthak Gupta. The platform is based on deep learning and is capable of detecting and analysing deepfakes across multiple platforms and information mediums.

“There have already been several reports of deepfake technology being used to commit millions of dollars of fraud,” says Jyoti, 33.

The Gandhinagar-based startup, which currently has a staff of ten, aspires to become a global affordable tool for individuals and businesses to detect fake content at a reasonable price. Although the six-month-old startup is still in the pre-revenue stage, it is focusing on the banking and finance sector and has already partnered with an Indian entertainment company.

From research to startup

Sarthak Gupta and Milan Chaudhari, both of IIT Ropar, were working on multiple tech projects in 2019 and were looking for a unique business idea. One of their primary interests, thanks to their mentor and professor Abhinav Dhall, was artificial intelligence.

While working as an AI researcher at Monash University in Australia, Jyoti specialised in tools to combat deepfakes and collaborated with Abhinav on her research. Sarthak Gupta and Milan Chaudhari met at the end of 2020 to discuss the advent of synthetic data generation technology and the potential harm caused by deepfake technology.

Abhinav served as the glue that held the team together, as he had worked with all three of them at various points. He connected Jyoti with Sarthak and Milan in order to brainstorm ways to combat deepfakes. This laid the groundwork for the development of Kroop AI.

Jyoti recalls that in the early days, the trio experimented with ultra high quality live deepfakes during a video conferencing call amongst themselves to challenge and test the plausibility of deepfake misuse using free and easily accessible deepfake creation software. Thus, they were convinced that as synthetic data generation grows in popularity, it will widen the market gap, creating a huge demand for solutions that verify the content’s validity and authenticity.

“Deepfakes not only pose serious threats to individuals, but also endanger large corporations and businesses across different sectors,” says Jyoti.

She also emphasises that high-quality deepfakes are capable of altering the history as perceived as it may aid propagandists and conspiracy theorists to support and highlight an alternative narrative.

“Not only this, deepfakes hold potential to deceive currently deployed biometric systems based on face or speaker authentication,” Jyoti adds.

With the goal of projecting reality through deception detection, the founders collaborated to build a deepfake detection platform, which marked the start of a joint venture that was later renamed Kroop AI.

Kroop AI was formally launched by the three in early 2021 with a Rs 5 lakh investment.

The startup acknowledged competition from a few companies based in the United States and Europe, including Sentinel, Sensity, and Quantum Integrity, but Jyoti asserts that Kroop AI is a unique platform that supports detection for all modalities, including audio-only, video-only, audio-visual, and image.

“The solution is capable of detecting multiple methods of administering deepfakes, including facial expression transformation, face swapping, and facial and audio re-enactment. Additionally, the solution provides analytics that specify the content’s spatial and temporal location, allowing users to make an informed judgement about its authenticity,” she says.

Additionally, she notes that the platform is capable of ethically generating synthetic data for B2B use cases in addition to detecting fake media.

However, Jyoti asserts that there are more obstacles than competitors. The real obstacle is raising public awareness about deepfakes and the potential harm they may cause.

“The more the first-hand consumers of manipulated content are aware, the easier it would become to avoid the frauds and misuse of deepfakes. Kroop AI has also taken the initiative of creating vlogs to educate on subtle cues one could look for while identifying fake content,” she adds.

Kroop AI offers a service for deepfake detection. At the moment, the startup is focused on the financial services industry (securing video KYC) and cybersecurity. Pricing is determined by the volume and duration of audiovisual data analysed via the company’s API. According to Jyoti, the startup has already secured one client and is in talks with Indian banking institutions.

For the next 12 months, the main focus of the startup is on the B2B and B2B2C sector. “There already is keen interest to uptake our deepfake detection technology in Indian BFSI domain by integrating this essential security measure to defend against any fraudulent attempts,” says Jyoti.

The company intends to raise additional funding next year in order to expand its global footprint and advance the ethical generation of synthetic data. “The high-quality deepfakes will assist the embedded Kroop AI signature, which will not be visible but can be accessed via our API,” Jyoti explains.

The company has received a total of $180,000 in funding from 100X.VC and angel investors. The funds are being used to expand the company’s research and development team, developer base, and support operations. “It will also assist us in expanding our product’s market reach,” Jyoti adds.