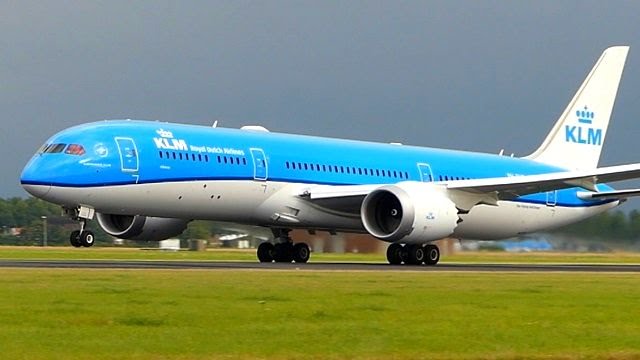 KLM carrier of Netherlands said the flights will operate from Bengaluru on Tuesday, Thursday and Saturday.

Expanding its footprint in India, Dutch carrier KLM announced Wednesday that it will start flights on Bengaluru-Amsterdam route from October 31.

The flag carrier of Netherlands said the flights will operate from Bengaluru on Tuesday, Thursday and Saturday.

“Effective October 31, 2019, KLM will launch a thrice-weekly direct service from Bengaluru to Amsterdam. These flights will be operated by the Boeing 787-9 (Dreamliner) equipment with a seating of 294,” the airline said in a statement.

The airline also announced that from September 2, it will add one additional frequency between Mumbai and Amsterdam.

“This will be the fourth frequency on this route,” it said.

From September 30, a fifth frequency would be added on Mumbai-Amsterdam route, and from October 28, daily flights would be operating on this route, the Dutch carrier said.

“The flights between Delhi and Paris Charles de Gaulle and Amsterdam Schiphol will be operated as usual,” it said.

“This winter alongside the increased capacity and frequencies of KLM, Air France will increase capacity with enlarged aircraft operations from Mumbai and Bangalore to Paris Charles de Gaulle (airport) with Boeing 777 operations,” it added.