Minimum number of featured posts is 4.
Home Data Center India’s Renew Power signs a renewable energy memorandum of understanding with RackBank for up to 500MW 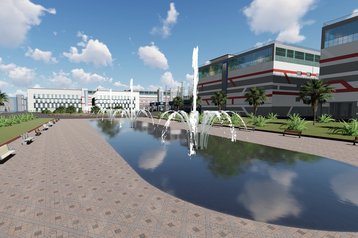 Under the terms of the agreement, Renew will build, co-own, and operate a hybrid power generation facility specifically for the purpose of powering RackBank’s data centre, and the two companies will enter into Power Purchase Agreements (PPAs).

According to reports, the first phase of development will be 180MW, with construction scheduled to begin in late 2021. According to the company, it has additional plans in Mumbai, Hyderabad, Delhi, and Pune.

“The Memorandum of Understanding between ReNew Green Solutions and RackBank demonstrates responsible corporations’ commitment to using cleaner energy to power their businesses,” said Sumant Sinha, Founder, Chairman, and CEO of ReNew Power. “We congratulate RackBank on taking this step and look forward to working with them on this potential 500MW opportunity.”

The project will be implemented and managed by Renew Green Solutions, the business-to-business division of Renew Power.

“This initiative, along with several other green initiatives previously undertaken by our company, serves as a major checkpoint for RackBank’s vision of a sustainable future,” added Narendra Sen, CEO of RackBank Datacenters. “[The] RackBank Hyperscale platform will enable 100 percent clean energy for our data centre, and through this partnership, we expect to save 30% on power costs compared to grid-connected power consumption.”

“Nortek recently collaborated with a prominent social media hyperscaler, and its StatePoint cooling technology outperformed all other cooling technologies,” Sen added. “StatePoint’s technological capabilities will not only assist us in achieving our sustainability goals, but will also help conserve water, a scarce resource in India.”