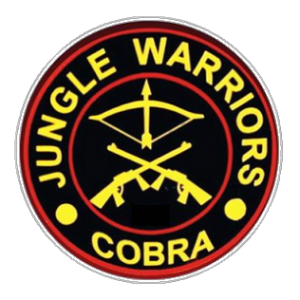 Cobra is an acronym that stands for Commando Battalion for Resolute Action. It is a special operations unit of the CRPF (Central Reserve Police Force) that was established to combat Naxalism in India. In fact, it’s one of the few Indian special forces units that is solely dedicated to guerrilla warfare training. Since its beginning in 2008, it has been effective in eliminating a number of Naxalite organisations from India. It is one of the best-equipped paramilitary units in India, having been established with a grant of Rs 13,000 million.

It is India’s top counter-terrorist force, and it is known as the National Security Guard. The National Security Group (NSG) provides protection for VIPs, conducts anti-sabotage checks, and is in charge of neutralising terrorist threats to critical infrastructure. As a result of the rigorous nature of the selection procedure, approximately 70–80% of those who apply drop out. Each of the NSG’s two divisions, the Special Action Group (SAG) and the Special Rangers Group, has a total strength of 7500 personnel (SRG).

This infantry platoon, which goes by the moniker ghatak (which means ‘killer’ in Hindi), is known for going for the kill and spearheading attacks ahead for a battalion. In the Indian Army, every infantry battalion has one platoon, and only the most physically fit and determined men are selected to serve in the Ghatak Platoon (or Ghatak Platoon). The Ghatak troops are well-trained, well-armed, and well-equipped to deal with a wide range of scenarios, including terrorist attacks, hostage situations, and counter-insurgency operations all over India

Force One was established in the year 2010 following the devastating terrorist attacks in Mumbai on November 26, 2010. One of the primary responsibilities of this elite special forces unit is to defend the city of Mumbai against terrorist assaults. When a terrorist attack occurs, this unit is credited with having the quickest response speed in the world, being on the scene in less than 15 minutes.

It was formed in the aftermath of the 1962 Sino-Indian war as a special operations force to conduct covert operations behind Chinese lines in the event of another war with China. However, it was never really put to use for its intended purpose and has instead primarily served as an elite special operations and counter-insurgency unit. As part of India’s foreign intelligence agency RAW, this covert paramilitary special unit provides direct access to the Prime Minister through the Directorate General of Security in the Cabinet Secretariat. 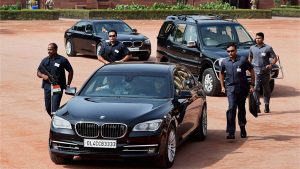 In India, the Special Safety Group is a government-sponsored security unit that is responsible for the protection of the Prime Minister of India, past Prime Ministers, and members of their immediate family members.
They are responsible for gathering intelligence, assessing risks, and providing protective services. Since the killing of Rajiv Gandhi, they have maintained a flawless track record, with no assaults on any Prime Minister having taken place since. 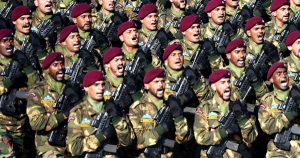 The Para Commandos, which were established in 1966 as a subset of the highly-trained Parachute Regiment of the Indian Army, are the biggest component of the country’s Special Forces. The Indian Army’s parachute troops are some of the world’s oldest airborne forces, having been in service since World War II. Among the primary objectives of a Parachute Regiment is the rapid deployment of soldiers behind enemy lines in order to assault the adversary from behind and demolish their first line of defence.
While fighting against Pakistan during the Kargil War in 1999, the Para Commandos played a critical role in helping India retake this mountain from the Pakistanis.

A special forces unit established by the Indian Navy in 1987 for direct action, special reconnaissance, amphibious warfare, and counter-terrorist operations. MARCOS commandos undergo some of the most rigorous training available anywhere in the world, with the commandos being evaluated for both physical and mental endurance. Due to the fact that they operate in residential areas while wearing beards, terrorists refer to MARCOS as the “Dadiwala fauj,” which translates as “bearded army.” MARCOS is capable of conducting operations in any terrain, although they specialise particularly in marine operations.

The Garud Commando Force of the Indian Air Force is a special operations unit that was established in 2004. The training required to become a Garud is the most extensive of any of the Indian Special Forces. The entire amount of time spent training until a trainee may qualify as a fully operating Garud is around 3 years in total. The Garud Commando Force, the military’s newest special forces unit, is tasked with the responsibility of defending vital Air Force sites, carrying out rescue operations during natural disasters, and carrying out various tasks in support of air operations around the country.