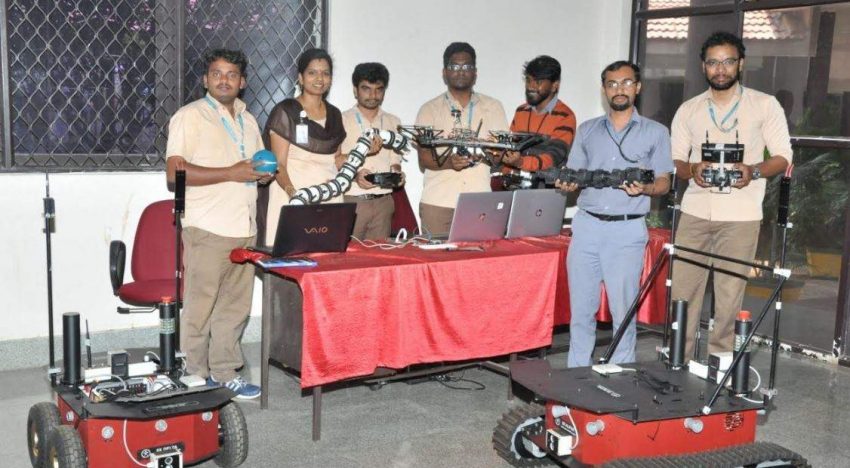 As part of enhancing India’s defence capabilities, scientists have been quietly working on all-terrain artificial intelligence AI robots that may eventually patrol the country’s borders.

Scientists from defence PSU Bharat Electronics Limited’s (BEL) Central Research Laboratory (CRL) in Bengaluru, who began work on this first responder robot in December 2018, are confident of having the first prototype by December 2019.

BEL CMD Gowthama MV : “AI will change how some critical operations are conducted by the armed forces, and our robot will even been able to patrol the borders.”

Although Ajay Kumar, secretary, defence production, has said the prototype of this robot, along with a few other AI-enabled products from BEL will be ready this year, there has been no specific requirements from the armed forces sent to BEL so far.

“Like Steve Jobs said, users don’t know what they want until you show it to them. As a company committed to R&D, we want to be able to show capabilities that can become useful for armed forces, this is one such project,” Gowthama said.

He said BEL has started putting together preliminary requirements for design and implementation of the project and has already conducted training programmes to build competency in AI robots.

Experts TOI spoke with—security observers, former military commanders and members of think-tanks —say India is likely to take at least a decade, if not more, to have a functional robot that can perform this task.

“Future wars will not be fought on conventional basis…AI-enabled products will aid decision-making. Robots can save lives of soldiers deployed for border surveillance. The Centre is making efforts to ensure that martyr families are provided a compensation of not less than Rs 1 crore. AI-enabled robots can also help in saving precious lives,” Gowthama said.

While a rudimentary robot is in the making with significant development already done, the next generation of AI will involve lot of design complexities. There are a lot of challenges to overcome, including collection of raw data.

Gowthama said that the biggest challenge will be to have a machine that can self-learn given that there is no availability of raw data. “Raw data needed for such products is massive and we have to figure out a way to gather that. Once that is in place, we can customise algorithms we’ve built to get the robot to perform very specific tasks,” he said.

BEL is looking at December first week for internal review of the first prototype and February 2020 for user trials. Currently, BEL has about 80 scientists/engineers working in the all the three AI-specific labs—CRLs in Bengaluru and Ghaziabad, and BEL Software Technology Centre (BSTC) in Bengaluru—put together and the PSU hopes to ramp up the number to 100.

The BEL robot will be equipped with sensors and programmed to communicate with control centre besides being able to work in post disaster situations—such as the Easter blasts in Colombo—while also conducting surveillance.

At present, the estimated cost of each of these robots—if and when orders are placed—would be in the range of Rs 70 lakh and Rs 80 lakh per unit for small orders. “The cost can come down if there are large orders,” Gowthama said.