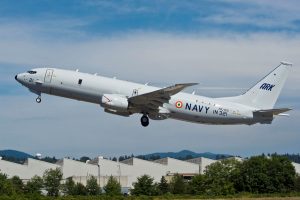 After signing the Communications Compatibility and Security Agreement (COMCASA) last September, India and the US implemented the deal with their first ever secure communication link set up earlier this month. Prior to COMCASA, the US had to deploy temporary systems with Indian units during joint exercises so the two sides could communicate.

The Indian Navy and the US Navy have conducted an anti-submarine exercise in the Indian Ocean involving P-8 aircraft. This is an indication that the US has activated the secure data link on the P-8Is under COMCASA, looking to improve the interoperability of the US P-8 aircraft.

Earlier this month, the two navies established their first ever secure communication link under the Communications Compatibility and Security Agreement (COMCASA) which was signed between the two countries last September. 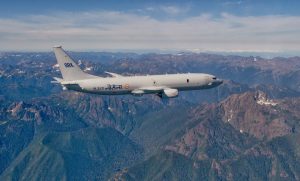 The USS Spruance, based at San Diego, and P-8A aircraft from Patrol Squadron (VP) 8 ‘Fighting Tigers’ based at Jacksonville in Florida, conducted routine operations within the 7th Fleet, which is the US Navy’s largest forward-deployed fleet with roughly 50-70 ships and submarines, and 140 aircraft with approximately 20,000 Sailors.

“The US Navy is committed to engaging with regional partners in establishing common practices and developing mutual capabilities. Our goal is to further standardise our procedures so we can work more efficiently in future real-world operations,” an official statement from commanding officer of USS Spruance Cmdr. Matthew Smidt read.

The drills were focused on anti-submarine warfare training, information sharing and coordination between maritime patrol aircraft and ships.

With the activation of the secure communication link on India’s military platform under COMCASA, the Indian Navy will be able to receive real-time US intelligence on military deployments by China and Pakistan. Indian Navy Chief Admiral Sunil Lanba earlier specifically singled out the growing presence of Chinese warships, including submarines, in the northern part of the Indian Ocean as a “challenge” for India. 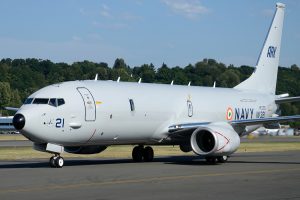