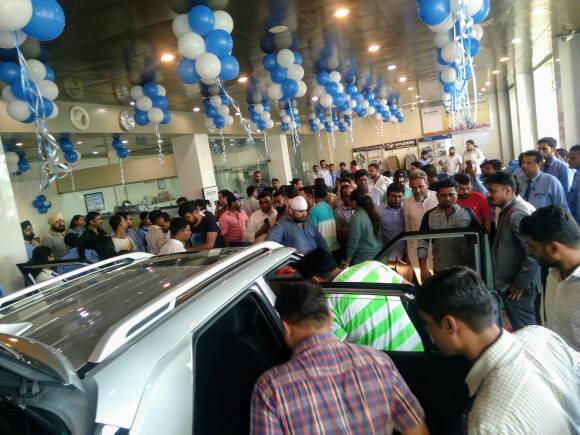 With sales of more than 3.39 million passenger vehicles (comprising car, SUV and vans) in 2018 India clocked the highest growth among the top five countries in the world

Consumers in India have been spending less over the last many months, taking the shine off the domestic consumption story. But when it comes to cars and sport utility vehicles, demand has been stronger compared to bigger markets such as China and the US.

With sales of more than 3.39 million passenger vehicles (comprising car, SUV and vans) in 2018, India clocked the highest growth among the top five countries globally, in relative terms, at 5.27 percent over 2017.

Germany, Europe’s biggest car buyer, suffered a decline of 0.29 percent in sales to 3.43 million units during 2018. The home market of marquee brands like Daimler, BMW and Volkswagen is set to lose its position as the world’s fourth biggest car buyer to India going by the street projections.

India’s passenger vehicle sales are projected to grow between three and five percent for the current financial year as per guidance given by the Society of India Automobile Manufacturers, the apex lobby body of the auto industry. This will help the country end the year with sales of 3.49 million to 3.55 million units.

Germany though is expected to grow at ‘1 percent or less’ as per research and credit rating agency Moody’s. This will push Germany’s passenger vehicle sales to close at 3.47 million, lower than India’s projected total.

India is set to embrace Bharat Stage VI (BS-VI) emission standard, the cleanest emission standard in the world currently, in 2020 jumping directly from BS-IV. Because of a significant price jump expected in BS-VI cars, there is a wide expectation of pre-buying by consumers this year to beat the hike which will then push short term sales growth.

Germany, in comparison, will see no significant change in emission norms and therefore, no like-to-like jump in volumes. Germany currently uses Euro 6 standard which is largely the same as BS-VI.

The slowdown in offtake notwithstanding automotive companies are going ahead with their planned launches even though the new models have to be launched with BS-IV engines.

Most auto companies have upped their capital expenditure (capex) guidance for the current financial year in order to meet the new emission standards as well for new products.

Anuj Sethi, Senior Director, CRISIL Ratings, said, “About half of the Rs 58,000 crore (capex) would be to expand capacity to cater to growth in demand, and the balance for new products and technology to conform to tighter regulations. Vehicle demand is expected to grow in most segments in high single digits till fiscal 2020, supported by rising disposable incomes and increasing industrial and rural activity.”