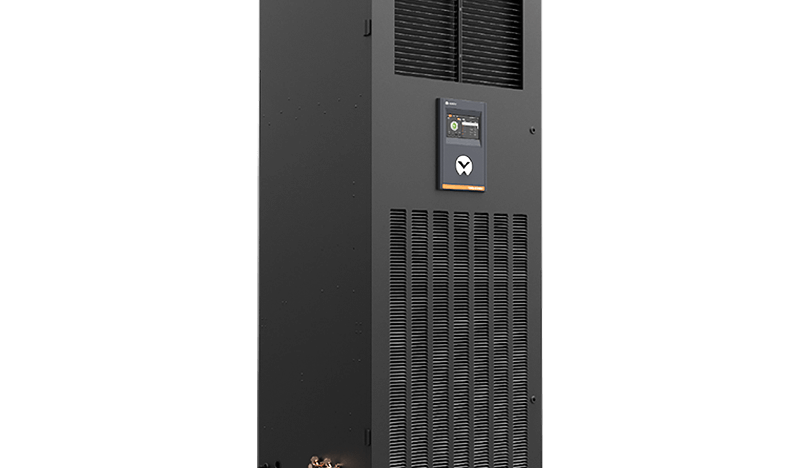 The Liebert DM heat exchanger operates at temperatures ranging from 7kW to 27kW and is presently available in Southeast Asia, Australia, and New Zealand.

The floor-mounted machine utilises clever algorithms to regulate temperature and humidity, reducing IT equipment overheating and downtime in tiny IT rooms and Edge infrastructure in the banking, healthcare, government, transportation, and energy sectors.

It has a sensible heat ratio (SHR) greater than 0.9, which means that 90% of the load is directed toward temperature reduction rather than humidity reduction. This is distinct from an office air conditioner and is better suited to cooling IT settings, according to Vertiv.

Automatic operation, remote management, and simple-to-understand touchscreen controls with a visual display are all features of this equipment. Additionally, it is suitable for usage in battery rooms and control rooms in industrial and manufacturing settings.

For increased reliability, four units can be connected together and configured to work in rotation. For instance, four Liebert DM systems may be programmed to run in a cycle, dispersing the load more efficiently. When the system’s sensors identify a breakdown, an alarm is triggered, requiring urgent response. Additionally, it provides email and SMS notifications.

Many modern firms rely on powerful information technology processors to power digital applications used in their daily operations. Any failure of these fragile components can result in breakdown and failure, which can have catastrophic consequences. That is why, for these applications, precision cooling rather than comfort cooling is advised for effective performance of the IT equipment,” according to Preetam Shah, director of Edge thermal solutions for Vertiv Asia & India.