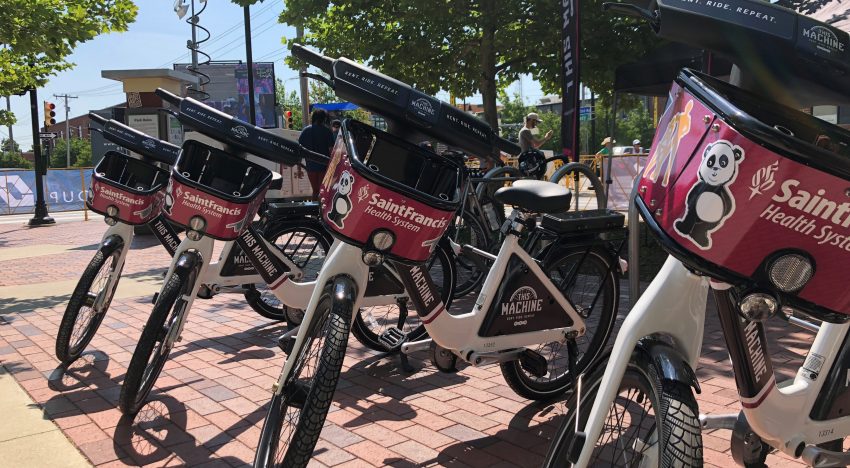 Housing ministry will fund production phase of the smart lock developed by the IIT Kharagpur.

Indian Institute of Technology Kharagpur has developed the hardware and software for fully automated self-service public bicycle share system (PBS) that includes a Bluetooth-enabled smart lock and a user interface application that connects it to smartphones.

“This project adheres to the ‘Make in India’ initiative and is expected to result in a cost-effective PBS system for the current and future smart cities of India,” said a spokesperson of the Ministry of Housing and Urban Affairs (MoHUA), which is funding the project to start commercial production of the smart lock developed by IIT Kharagpur.

This dock-less system could be the country’s first official cycle sharing system.

Currently PBS providers in the country import smart bicycle locks from China. However, the business model is not viable because each lock costs around Rs 7,000, said Debapratim Pandit, who is leading the project at IIT Kharagpur.

His team of researchers, which started the hardware development in September 2017, targeted to bring the cost of smart locks down to Rs 2,500-4,000. “We imported one lock (from China) for testing during early 2017 and developed the Android-based user interfaces,” he said.

They have developed a Bluetooth-enabled bicycle lock with GPS and alarm systems that also incorporates other sensor modules for improving security and theft detection. “While the bicycle smart lock could be fitted to most bicycles, the team has also designed specifications for an appropriate bicycle for PBS systems,” Pandit said.

The IIT will also create a platform to help small-scale PBS operators to start the business with little investment and with no detailed understanding of the technology used to operate this system to ensure widespread use of its smart lock system, Pandit said. The servers would be hosted at IIT, he said.

The team is also developing manuals and software to help operators determine the number of bicycles required and their recirculation strategy to minimise investment.

Most cycle aggregators are currently buying the lock system from mostly companies outside India and then developing the access control software for ride-sharing.

The PBS developed at IIT Kharagpur integrates both hardware and software. Further, the servers inside the IIT campus could relieve the operators of the burden of maintaining costly hardware, said Pandit.

The user interfaces for payment, booking and security systems, including unique unlock code generation, is run through a mobile application. “Anyone can start the system in a couple of hours with 25-30 bikes,” pandit said. “A geofencing area has to be created to start operation. We have an administrative app for operators to create all this.”

The IIT researchers, who developed the dock-less system from scratch, have also designed infrastructure for bicycle tracks and lanes in the area.