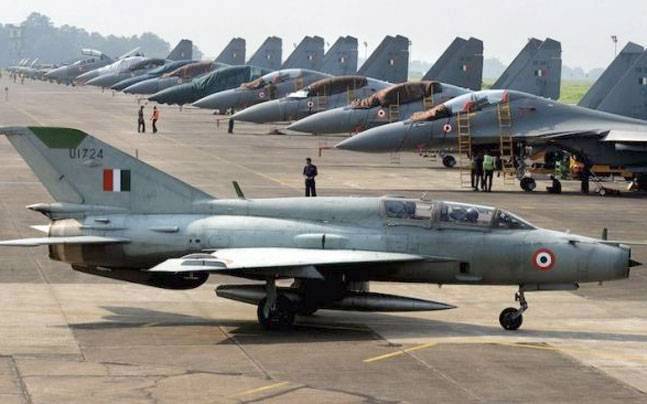 An orange alert has been sounded for Srinagar, Avantipur, Jammu, Pathankot, Hindan airbases after the monitoring of the terrorists’ movements by the intelligence agencies.

The Indian Air Force (IAF) has placed its airbases on orange alert based on intelligence inputs about a possible suicidal terror attack on them in and around Jammu and Kashmir.

According to top sources in the government, intelligence agencies have issued warning against a module of eight to 10 Jaish-e-Mohammed (JeM) terrorists who will possibly try to carry out a suicidal attack against air bases in and around areas of Jammu and Kashmir.

An orange alert has been sounded for Srinagar, Avantipur, Jammu, Pathankot, Hindan airbases after the monitoring of the terrorists’ movements by the intelligence agencies.

The orange alert is the second-highest level of alert second only to Red alert which, if issued, would entail closing of schools and restriction on movements in airbases.

Senior officers are reviewing security arrangements round the clock to tackle the threat, sources said.

This came two days after Army chief Bipin Rawat said Balakot terrorists’ camp in Pakistan, which was destroyed by the IAF in February, had been reactivated to send terrorists across the border in India in the backdrop of heightened tension between India and Pakistan over the abrogation of special status to Jammu and Kashmir.

Security forces have eliminated several terrorists and foiled several infiltration bids over the past two months.