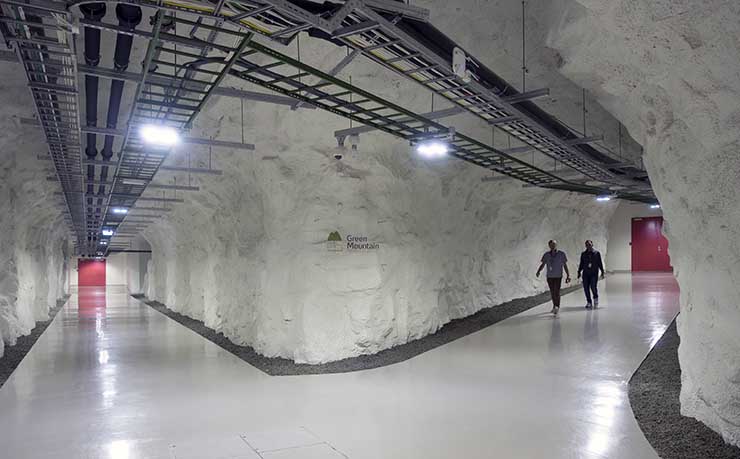 Azrieli announced today that it will acquire 100% of Green Mountain for approximately NIS 2.8 billion ($849.2 million) from Norwegian real estate firm Smedvig. The firm stated that the transaction will be self-financed in part through a debt raising currently underway and in part through a loan that has not yet been secured.

“Acquiring Green Mountain is a critical step toward achieving Azrieli Group’s strategy of international expansion in the data centre sector,” Danna Azrieli, Chairman of Azrieli Group, said. “By combining the operations of Compass in North America with the acquisition of Green Mountain in Europe, Azrieli Group will position itself as a significant global player in this growing and developing arena.”

Additionally, the company operates the 7.5MW DC2-Telemark facility in Rjukan and the DC3-Oslo facility located just outside the capital city. It also has plans for a campus in the Kalberg Valley and purchased 50,000 square metres (538,800 square feet) of space at Gismarvik’s Haugaland Business Park earlier this year for a new data centre.

Azrieli stated that Green Mountain has contracts with customers for approximately 24MW for an average duration of approximately 7.5 years. Additionally, it stated that the acquired company has the potential to construct and develop up to 520MW in the future.

Azrieli is the largest real estate company in Israel. It was founded in 1982 and is primarily involved in the development of shopping malls and office buildings. It is listed on the Tel Aviv Stock Exchange. It acquired a 20% stake in Compass Datacenters in 2019 and reportedly acquired a 6.5-acre site near Netanya for an AWS data centre last year.