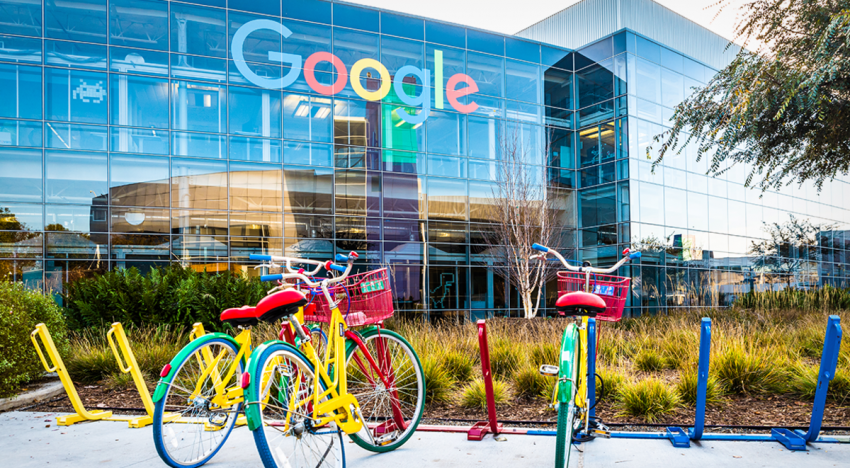 Google wants to make sure all the electricity it uses for its data centers and offices will be truly 100% renewable energy.

Under its previous pledge the tech giant has been mostly offsetting all of its electricity with renewable energy certificates as well as buying power directly from some data center projects. On paper, that allowed it to claim 100% carbon-free electricity. But when the sun doesn’t shine or the wind doesn’t blow it’s still drawing its power from polluting fossil fuels.

The new policy will ensure that doesn’t happen again.

As part of a series of commitments on Monday, Google also said it will leverage more than $5 billion dollars of investment in 5 gigawatts of new clean-energy projects across its supply chain over the next decade. It will also create 20,000 new jobs.

Jessica Shankleman (Bloomberg) — By the start of the next decade Google wants to make sure all the electricity it uses for its data centers and offices will be truly 100% renewable.

“The science is clear: The world must act now if we’re going to avert the worst consequences of climate change. We are committed to doing our part,” Sundar Pichai, Google’s chief executive officer, said in a blog post.

The announcement comes as wild fires rage across California and huge blazes darkened skies in the Bay Area where Google is headquartered.

To deliver clean energy around the clock Google will use a bundle of measures including pairing wind and solar projects, using more batteries to store power and investing in artificial intelligence to improve power demand and forecasting.

The decision shines a light on the inadequacy of companies using renewable energy certificates to meet their climate targets instead of directly buying power from projects.

For every renewable energy certificate bought, a company is guaranteed that someone somewhere will generate one unit of electricity using renewables. But that doesn’t mean electricity used, say at night, won’t have emissions attached to it.

So despite the certificates officially covering all of Google’s demand, its data centers are only run on clean energy for 65% of a day on average, the company estimated.

“At the most basic level, this company is going to need to double-up, or even triple-up, on clean energy purchases,” said Kyle Harrison, analyst at Bloomberg NEF.

Pichai also announced Monday that Google has offset its historical emissions, effectively clearing its carbon debts for the past 22 years. But those legacy emissions, from 1998 to 2006, are estimated to be smaller than one year of its current net operational emissions – less than 1 million tons of carbon dioxide equivalent.

“We’ve already seen Google begin to purchase complementary solar in markets where it has existing wind deals, and vice versa,” Harrison said. “It will need to continue with this strategy until storage is cost-competitive to develop and pair with renewables at such a large scale.”

Microsoft Corp., which is also one of the world’s biggest buyers of clean power, announced a similar plan to fine tune its carbon-free target and has also pledged to eliminate its historical emissions debt. But unlike Google, it’s created new financial products that can be added onto existing power purchase agreements and reduce the risk of intermittent renewable technologies. It’s also decided to find technological and nature based solutions to erase its past debts, instead of relying on offsets, which have proved controversial.

Future carbon goals are more important for tackling climate change, particularly in expanding companies like Google, which has seen its power demand soar by 450% since 2010, according to BloombergNEF.

The analysts estimate Google will need to buy 15.5 terawatt hours of clean power by 2030 just to keep meeting its existing 100% renewable power target. Much more will be needed to meet its new goal of round-the-clock carbon-free energy.

“A big part of what we are aiming to do is provide a template and a blueprint, talk to people and show that it’s possible to get to carbon-free operations,” said Google spokeswoman Jenny Jamie.