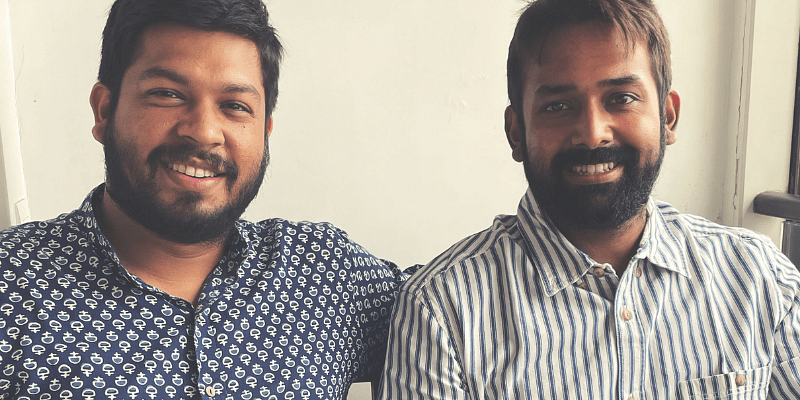 Elemeno startup was founded by Keshav Marda and Rahil Shah with the goal of instilling happiness and joy in Kids with family.

Family Parenting styles have undoubtedly evolved over time. In an increasingly competitive world, every parent wants their children to be the best, which often means pushing happiness to the margins.

Rahil Shah and Keshav Marda, both from Mumbai, have known each other since the first standard. They attended the same college and shared a friend circle. Rahil recalls their youth,

“For us, childhood was all about having fun and messing around! And learning occurred naturally as a result of your actions.”

They later discovered that both children and parents are stressed out by the rat race to success. Additionally, as mobile devices become easier to use, Kids are becoming more aloof as a result.

Rahil believes that “what is beneficial to your children can be made enjoyable for them as well!”

As a result, they launched Elemeno Kids in February 2018 with the goal of making Kids lives better. The interactive products developed by the startup are geared toward cognitive-holistic development and increasing the family’s emotional quotient (EQ).

The name of the startup is derived from a nursery rhyme that children are required to learn when learning the English alphabet.

“When we began, we sought a name that would transcend boundaries, be familiar, universal, and elicit a smile. Which brought us back to the alphabet song. And regardless of where you were born or attended school, when you belted out the alphabet song, ‘LMNO‘ always came out as one – hence, Elemeno,” Rahil explains.

The startup launched its first product in July 2018 – the ‘Spotted!’ bedsheet – and according to the co-founders, it has remained one of their best sellers to date. The bedsheet is available in two sizes (single and double), and is a massive canvas filled with 200 doodles. The Elemeno USP is that it is colorable, machine washable, and includes a set of flashcards and colours.

The product, which costs between Rs 2,500 and Rs 3,000, can be used by anyone between the ages of two and twelve, and the startup claims to have sold Rs 12 lakh worth of the product to date.

The startup has launched a number of products since its inception, ranging from the spotted bedsheet to a portable family fitness obstacle course, customised travel-friendly activity books, and family games.

“We’re developing products that are designed to delight first and develop second. So, today, we sell proprietary products that foster connections that are interactive, personalised, developmental, story-led, and more,” adds Keshav. 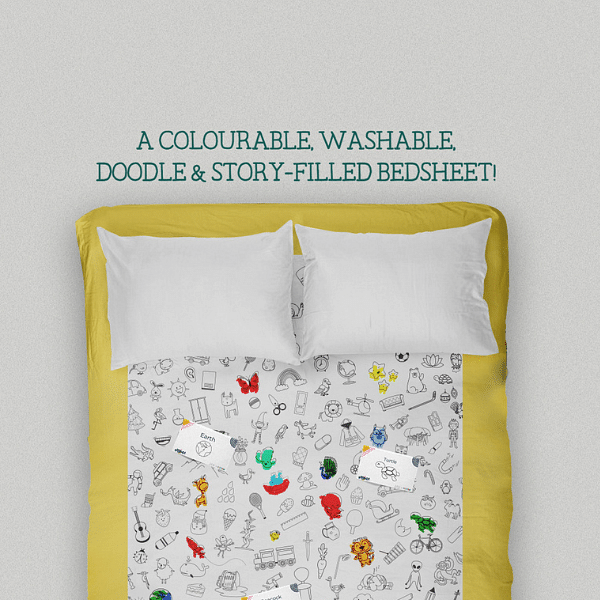 Rahil has received numerous international and domestic awards for his work in advertising, design, and communications. He previously created content, campaigns, and communications for well-known brands including Cadbury, Amul, Mahindra Lifescapes, Castrol, and Zodiac.

Rahil and his team conceptualise, develop, and design Elemeno’s physical and virtual products, as well as manage their social and broadcast media communications.

Keshav has been in business for over seven years after earning an MBA in Business Design and Entrepreneurship. His prior experiences have taken him to over 30 countries, including India, in search of cultural and lifestyle experiences.

Keshav is responsible for the development, expansion, and negotiation of the startup’s business. His mission, along with that of his team, is to spread the word about Elemeno’s products, messaging, and storey as widely as possible.

The startup currently employs 12 people across product, marketing, sales, and business development, not including the co-founders.

The startup works on a B2C model with its portfolio of products ranging in terms of age, experimenting with different materials, and being multi-usable.

“From necessity-based products to games, cultural products and lifestyle products, we have it all covered. We sell across multiple distribution channels, including at online avenues such as our own website, social media, and third-party platforms. On the other hand, offline avenues include modern trades, location-specific kiosks, and kids stores. Parent partners and organisations have become another source of outreach for sales,” adds Keshav.

So far, the bootstrapped startup has generated revenue of between Rs 60 and 65 lakh. According to the founders, the company has 2,500 customers, twenty parent partners, ten partner collaborations, eight schools, and fifteen corporate clients.

“Because our products are centred on family interaction and child development, Toiing is our closest direct competitor. Although we also consider Intellkit, Class Monitor, Magic Crate, Shumee, Smartivity, Flintobox, and Skillmatics to be indirect competitors,” Keshav adds. 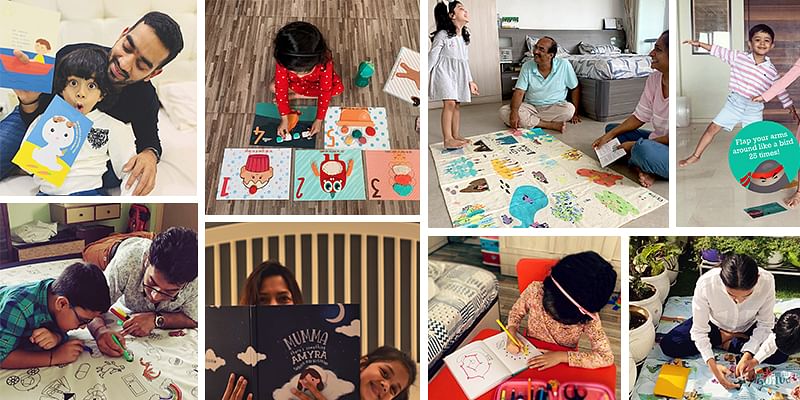 Rahil says that the startup has plans to expand its distribution channels in India and export as well.

“We will focus on products based on India and its culture. Further, we plan to open experiential stores and hire new talents from across the country,” he adds.

“In the near future, we intend to raise funds. We want to make a difference in the lives of as many families as possible. We strive to introduce new products that excite both us and them. We are ecstatic about the challenges and milestones ahead,” Keshav concludes.