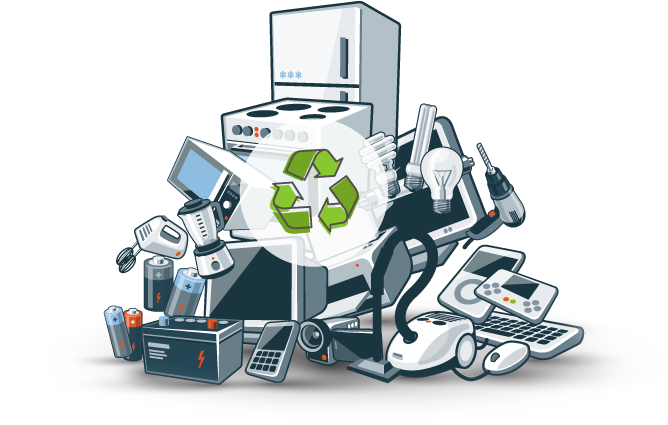 Plastic in waste electronics (e-waste) is an environmental time bomb that has been overlooked, say campaigners.Plastic accounts for about 20% of the 50 million tonnes of e-waste produced each year, which is expected to more than double to 110m tonnes by 2050.

A UN-supported campaign is calling on consumers to favour electronic devices that use recovered plastic.

The PolyCE campaign, funded by the European Commission, also calls on manufacturers to use less plastic.

“The amount of e-waste increasing annually is tremendous,” warned Ruediger Kuehr, director of the Sustainable Cycles Programme at the United Nations University.

“At the moment, we are generating roughly 50 million tonnes per year globally, and it is expected that it will reach 110 million tonnes in 2050 if we do not change our existing business and consumption practices.”

Dr Kuehr explained that, currently, most of the plastic in electronic devices was not designed for recovery or recycling. As a result, it ended up untreated in landfill sites.

“That means, if we were confronted with a long line of trucks fully loaded with the plastic from e-waste, there would be more than 62,000 trucks stretching from Rome to Frankfurt,”

“What is astonishing in all of this is that the recovery rate is so low. We can do substantially better.”

One driver for the unprecedented growth in e-waste includes the notion of “leap-frog” technology.

This may involve parts of the world going straight to communicating and working on mobile networks (in some cases straight to 5G).

This means that more than half of the world’s population now have access to the internet or a mobile phone.

This means that there has been an explosion in the volume of demand for electronic devices, such as laptops, tablets and mobile phones.

Also, the amount of time before someone replaced their device with a newer model has fallen in recent years.

All of this is driving up the annual volume of e-waste.

The health hazards of the unregulated disposal sites of e-waste in regions of Africa and Asia have been well documented.

We also have a good understanding of the risks to people involved in the unregulated recycling of e-waste components.

For example, mercury poisoning is a serious risk to those who use soldering irons to free electronic components.

While there is a growing awareness of the threats posed by plastic waste in general, little or no attention is placed on the impact of the waste plastic from the millions of disposed electronic devices around the world.

“Firstly and foremost, we want to raise awareness among consumers on the benefits of recycled plastics in electronics,” explained Violeta Nikolova from PolyCE (Post-Consumer High-tech Recycled Polymers for a Circular Economy).

“We would also like consumers to start thinking more about the components of products, in the same way they’re looking into appearance or design quality,”.

The project’s campaign is scheduled to run for two years until 2021.

While plastics are essential for making many different components of electronic and electrical products, industry experts in the PolyCE consortium’s network said products can be designed in ways that make material recovery of plastic components easier.