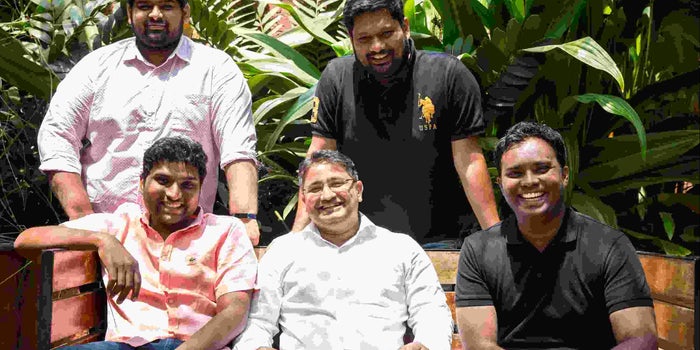 As a result of demand exceeding supply, opportunities for businesses that can leverage technology to disrupt a large, traditional, and unorganised industry have emerged.

Captain Fresh is one such startup that is focused on aggregating the country’s fragmented retail demand and connecting it to small fishermen and farmers along the Indian coast. Accel, existing investors Matrix Partners India, Ankur Capital, Incubate Fund, and angel investors recently invested $12 million in the B2B startup.

Launched in 2019, the startup claims to focus on reducing distance and thereby time between harvest and retail. “We do this by ensuring that we have a robust demand and supply matching framework that eliminates multiple handshakes on the way and directly routes products from source to final retailer in the least time possible,” Utham Gowda, founder and CEO, Captain Fresh

The Beginning Of the Journey

For Gowda, who previously worked as an investment banking analyst, the entrepreneurial journey began in 2015 when he discovered seafood as a sector with enormous potential for transformation enabled by prudent capital allocation and sophisticated management. He spent numerous hours across the coasts, fish farms, processing factories in India and a few other international markets, wet markets in multiple cities, and met hundreds of stakeholders over the years, in multiple roles, including a leadership position at Nekkanti Sea Foods Ltd.

“Because we have been consuming fish for a much longer period of time than we have been producing clothing or driving automobiles, it was fascinating to investigate the true reason for the seafood category lagging behind every other category in terms of evolution. While the problem statement was straightforward, establishing an entry point into the value chain, sequencing business moves, and navigating this maze deftly was an exciting journey in and of itself,” he explained.

By leveraging technology to orchestrate supply and demand matching, the startup is able to absorb structural uncertainties in the supply chain. The startup’s digital commerce platform is used by meat and seafood retailers in the general trade, modern trade, poultry stores, and direct-to-consumer (D2C) segments. The platform acts as a virtual fish market, bridging the gap between farmers and fishermen and end retailers.

It transports 20 tonnes per day to over 600 retailers in seven major cities and 12 distribution centres spread across four states, including Maharashtra, Karnataka, Andhra Pradesh, and Telangana. The fish are sourced from more than 50 collection centres located along the east and west coasts and in freshwater ponds.

Additionally, the startup claims to offer a freshwater and marine range of over 60 SKUs, with 90 percent of its deliveries occurring between 6 a.m. and 9 a.m. daily.

Leveraging Data Analytics And Other Tech

Captain Fresh’s supply-demand matching engine collects bids from suppliers all along the coast and compares them to predicted indents from multiple channels in multiple cities. It optimises the speed of delivery to the customer through the use of a proprietary algorithm.

On the demand side, it is currently developing a platform to facilitate the operation of retail fish shops for entrepreneurs of various genres. The startup uses data analytics to forecast demand for each SKU at the DC level within a city, which it then uses to procure high-quality fish at the best possible price from the country’s 50-plus collection centres. Once procured, it utilises temperature-controlled vehicles to transport it from the source to the demand centre in the shortest amount of time possible, thereby maximising quality and freshness.

“Today, this single stem is comprised of multiple agents and cross docks, resulting in numerous inefficiencies. Given the high value and high demand of this product, delivering as quickly as possible automatically reduces our dump and enables us to maximise value throughout the supply chain,” he added.

The startup asserts that it provides the greatest value to farmers and fishermen by procuring at the highest market rates possible due to its low-touch and direct to retailer supply chain model. It has partnered with over 250 fishermen from more than 50 collection centres to service more than 600 retailers in the B2B and B2R segments.

Today, the seafood industry is home to a slew of startups that are rapidly ascending the success ladder, including Licious, FreshtoHome, and TenderCuts.

When asked about the increasing competition in the space, he stated, “We are competing with the unorganised market, which continues to account for more than 99 percent of the total seafood market.” The primary challenge in this market is consistent reliability, or the ability to deliver a complete basket of fish, directly from the source, on a daily basis to each of our retail partners.”

Additionally, he stated that he would like to see more organised players enter this space in order to develop the ecosystem and help India emerge as a stronger player on the global stage.

Speaking about Captain Fresh’s competitive advantage, Krishnan Neelakantan, managing partner of Ankur Capital, stated, “With a billion aspirant Indians looking to increase their protein intake, the $30 billion+ domestic market for fresh fish and seafood offers an incredible growth opportunity. We were impressed by Utham’s vision for a technology-driven model capable of transforming India’s disorganised and inefficient supply chain and unlocking opportunities both domestically and internationally.”

Because fish and seafood are the most difficult and unsolved problems in meat, Captain Fresh intends to expand into the remaining spectrum of meat products in order to enhance the value proposition for its retail partners. “While processed and packaged fish represent a small portion of our business today, this is another significant incremental demand opportunity we see as we expand into deeper channels such as hyperlocals and online marketplaces,” he explained.

For the next six to eight months, the meat company will use the recently raised capital to establish itself in more than twenty cities across three tiers in the three regions in which it currently operates. The following geographical expansion would be into Tamil Nadu, Kerala, and West Bengal, as these are high-consumption states that consume 65 percent of the country’s fish. Given the global applications of its technology engine, it may also consider expanding into other key countries such as the United States, Japan, and Southeast Asia by next year.