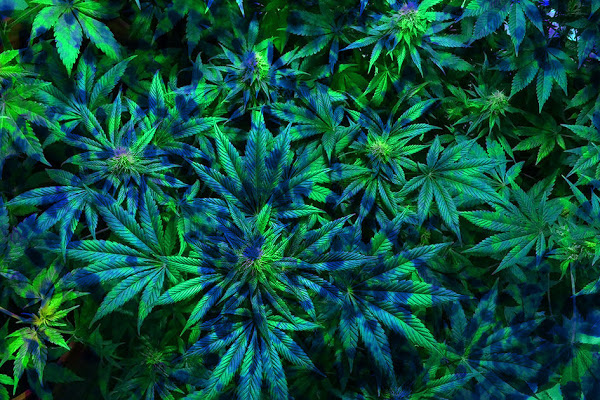 Cannabis ingredient – The team found that the non-psychoactive ingredient killed all strains of bacteria they tested, including strains that have become highly resistant to the antibiotics currently available.

The findings were recently presented at this year’s meeting of the American Society for Microbiology.

The new work has demonstrated that CBD is active against Gram-positive bacteria, including strains that cause many serious illnesses such as MRSA, streptococcus pneumoniae and E. faecalis, which can be fatal among people with weakened immune systems.

Furthermore, the Cannabis ingredient did not develop resistance to the drug after being exposed to it for 20 days, which is how long it usually takes bacteria to survive some of the antibiotics currently used.

CBD, the main non-psychoactive compound found in cannabis and hemp plants, has already been FDA-approved for the treatment of one type of epilepsy, and is currently being investigated as a treatment for several other conditions including, anxiety, pain and inflammation.

While a small number of studies have suggested CBD can kill bacteria, it has not been properly explored as a potential antibiotic.

Dr. Mar lk Blaskovich and colleagues, working in collaboration with a drug discovery company called Botanix Pharmaceuticals Ltd, have now found that synthetic CBD was surprisingly effective at killing different Gram-positive bacteria, including ones that are resistant to other antibiotics, and remained effective for an extended period.

Botanix has been trying to harness the potential antibacterial activity of CBD by finding effective delivery systems that could be used to treat a range of skin infections.

Importantly, the drug quickly killed bacteria in just a few hours and was also effective against bacteria that have developed resistance to established antibiotics such as vancomycin and daptomycin. After an extended exposure period, where bacteria would usually develop resistance to these drugs, CBD remained effective. It also successfully disrupted biofilms, a form of bacterial growth that usually causes infections that are difficult to treat.

Also, when the team tested the treatment in mice, they found that it was effective at treating a skin infection. Cannabis ingredient .

It is important to note that the study has not yet been peer-reviewed or published in a journal and has only involved lab conditions and animal models, meaning further research is needed before any conclusion can be drawn about the efficacy of the drug in humans. However, Botanix does have several CBD formulations that are currently undergoing trials in humans. The most advanced one, which is an acnetreatment, has shown potential in a phase 1 trial and is now due to be tested in phase 2 trials later this year.

The most significant limitation in terms of CBDs potential antibacterial effect is the fact that it only seems to kill Gram-positive bacteria and not Gram-negative ones. Although this means the compound is unlikely to solve the problem of antibiotic-resistance more broadly, the fact that CBD can target certain bacterial skin infections suggests that it could still be used as a promising new therapeutic approach.

He adds that so far, they have only found that it works topically, on the skin’s surface.

When asked about whether the findings could be interpreted as a reason to stop using regular antibiotics in favor of marijuana-based therapies, Blaskovich said this must not happen, referring to how the compound has only been investigated in test tubes and would need a lot more investigation before it could be used to treat humans.

He emphasized that it would be “very dangerous” to try to treat a serious infection with CBD instead of a tried and tested antibiotic.

Molecular microbiologist Andrew Edwards from Imperial College London who was not involved in the research says the antibacterial properties of CBD had not been appreciated previously and that the antibacterial property it appears to possess is significant: “This is important because if cannabidiol is found to be effective in treating infection it could be fast-tracked into clinics.”