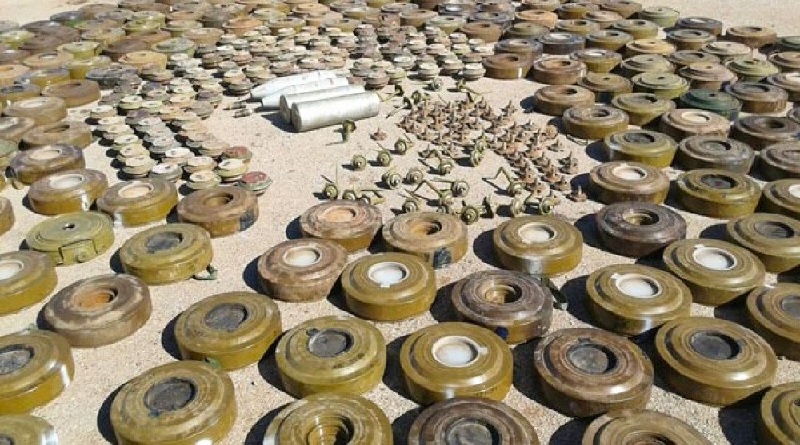 To be used along LoC; in a first, only the private sector is being invited to bid for the order.

The Indian Army wants to procure one million anti-personnel mines that are used extensively along the Line of Control (LoC) to deter infiltrators and enemy action. In a first, only the private sector is being invited to bid for what is possibly the single-largest order for land mines of its kind.

No Indian private sector company currently produces anti-personnel mines with the product being heavily regulated given the potential for proliferation. Most of these mines currently in use have been produced by the Ordnance Factory Board (OFB).

The Army has invited private companies to tie up with technology partners – including companies abroad – and respond whether they have the capability to deliver one million mines over a five-year period.

Industry experts said some domestic companies have been supplying parts for anti-personnel mines to OFB and there are likely to be several respondents to the Army’s request for information. However, the competition could be limited to two major players that have the capacity for the delicate procedure of filling in explosives.

The Army has asked for the Non Metallic Mine (NMM) 14 type of device with a shelf life of at least 10 years and would require deliveries at the rate of 2 lakh units every year.

‘OFB Price may be Benchmark’
It has not specified an approximate value for the contract. However, the benchmark is expected to be the OFB price for the product. The first meeting for the potential bidders is planned for Monday.

The use of land mines, though considered essential by Indian military planners, is inherently dangerous given that the units have a tendency of being uprooted from their original locations due to floods, snowfall or landslides. The NMM type of mine is especially difficult to locate as it is mostly made of plastic.

In the initial phase of Operation Parakram, when India almost went to war with Pakistan after the Parliament attack in 2001, over 100 soldiers died during mine laying operations along the entire border.

Post the confrontation, scores were killed in demining operations after the Army found that several factors – including field rats at some places – had resulted in thousands of mines moving from the marked positions.

While there have been global efforts to curb the use of land mines on humanitarian grounds, India remains one of the primary users of the weapons given its vast disputed borders with Pakistan and China. After the Korean peninsula, the LoC is possibly the most mined border in the world.

India has not officially disclosed the size of its mine stockpile. The US has declared that its stockpile of active anti-personnel mines stands at 3 million but it has not produced the devices since 1997.