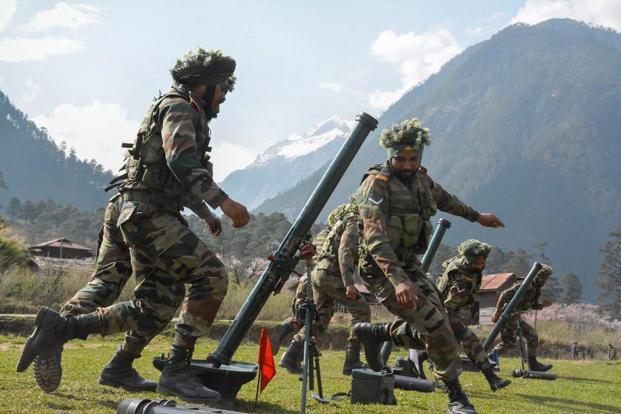 The program codenamed ‘Project Beehive’ will be a centralised and automated system based in Delhi under the army’s Electronics and Mechanical Engineers (EME) corps.

For better planning and carrying out its operations ranging from countering terrorists in Jammu and Kashmir to moving equipment deployments along the frontiers with Pakistan and China, the Indian Army EME is developing an automated program that will provide real time data and information to it about the life and present conditions of its tanks, vehicles, guns and air assets and their upcoming problems.

The program codenamed ‘Project Beehive’ will be a centralised and automated system based in Delhi under the army’s Electronics and Mechanical Engineers (EME) corps. It will be connected to each of the 2,000 workshops being run by the EME.

The EME is tasked with carrying out repair, refurbishing and overhaul of the army’s equipment, ranging from tanks, infantry combat vehicles, artillery guns including the new M777 Ultra Light Howitzers, small arms, radars and aviation assets. Each workshop has a two-year old automated program called ‘wasp’, which compiles all data such as equipment under repair, how many to be repaired and their future life. The wasps will be integrated with the Beehive and thereby provide every data to it.

“The concept is similar to wasps collecting nectar for their beehive. And then through the program we can derive data out of this nectar,” explained Lieutenant General Anil Kapoor, Director General EME, who is heading the program’s development.

The Beehive was launched on September 1 and is expected to be completed by October 15 next year after it undergoes an army cyber test, Kapoor said. The army is working with handpicked coders from the Electronics and Information Technology ministry to develop this program, which will have eight modules. The first is ready and the second one is being developed. Some of these modules are on the repair state, different types of workshops, training and human resources. “Every module will have the power of automation,” the officer said.

What the program means is that the army will have real time availability of data on all its equipment at the workshops. “As DG EME I will have information about critical equipment at the click of a button. This information will include how much mileage is there of a particular type of vehicle or how many guns are due for inspection. We can also know how much life is there in a certain equipment. That is the advantage of automation, that at any point of time we know what is happening,” Kapoor explained.

Currently such data is collected through a tedious process of manually scouring through monthly reports. The EME carries out works on 2,000 types of equipment having a quantity of 30 lakh.

The program is being created for accepting specific queries for specific answers. For example, between a particular time period how many radiators have failed and in which terrain. “These answers will help in managing our tasks better and improve decision making,” he said, adding that at different levels functionaries can see the equipment readiness state.

Such data derived from the program is what the army terms ‘predictive analysis’. It is on similar lines to a proof of concept created by the army on artificial intelligence (AI). AI is also planned to be used in the Beehive.