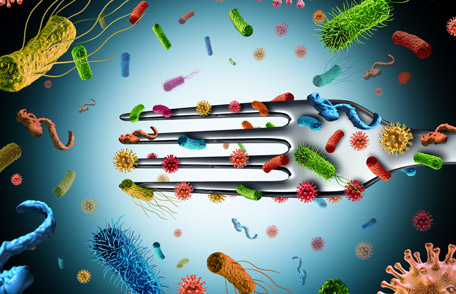 India, long associated with the spread of superbug New Delhi metallo-beta lactamase-1 and extensively drug-resistance tuberculosis, has now been identified as one of the global hotspots of rising antibiotic resistance among animals as well.

India, long associated with the spread of superbug New Delhi metallo-beta lactamase-1 and extensively drug-resistance tuberculosis, has now been identified as one of the global hotspots of rising antibiotic resistance among animals as well.

Antibiotics are added to animal feed to make them healthier. The study said the increasing demand for animal protein in lower middle income countries had led to increased production (rearing of food-animals) using antibiotics liberally.

In May, a local study from Mumbai published in ‘Acta Scientific Microbiology’ journal showed resistance in chicken liver meat and eggs collected from poultry shops across 12 locations in the city.

The Mumbai study by National Facility for Biopharmaceuticals in Khalsa College, Matunga, tested the samples for bacteria salmonella that was resistant to widely used antibiotics such as amoxicillin, azithromycin, ciprofloxacin, ceftriaxone, chloramphenicol, erythromycin, gentamicin, levofloxacin, nitrofurantoin and tetracycline.

Now, the CDDEP study has said antibiotic resistance is seen in several food-animals across the globe. “It is of particular concern that antibiotic resistance is rising in low- and middle-income countries because this is where meat consumption is growing the fastest while access to veterinary antimicrobials remains largely unregulated,” said the study, adding that animals nowadays consume three times as many antibiotics as humans.

The study’s main author Ramanan Laxminarayan of CDDEP said, “The study found the proportion of antimicrobial compounds in food animals that showed resistance higher than 50 % increased overall between 2000 and 2018.”

The highest resistance rates were observed in the most commonly used classes of antimicrobials in animal production: Tetracyclines, sulfonamides, and penicillins. Commonly used human medicine such as ciprofloxacin and erythromycin (20% to 60%), too, showed high resistance while the study found moderate resistance for third- and fourth generation cephalosporins (10 to 40%). The trend is dangerous because increase in antibiotic-resistant infections among animals will finally affect humans as well.

“In developing countries where veterinary antibiotic sales remain unregulated and feed is less nutritious compared to that in high income countries, rates of antibiotic resistance in animals have the potential to increase exponentially,” said the Science study. Although beneficial for short-term mass meat production, overconsumption of antibiotics in food animals has been linked to an increase in antibiotic-resistant infections not only in animals, but also in humans. The authors feared that surveillance systems that track resistance rates among animals currently lack in low- and middle-income countries.

But academicians such as Dr Sujata Baveja, who heads the microbiology department of civic-run LTMG Hospital in Sion, said the Indian Centre for Medical Research has already started a series of programmes to control antibiotic resistance.

She added that has been an international practice for long to give antibiotics to animals to increase production of milk or meat. This also cuts transmission of bacteria from animals to humans. However, there has been no control on the amount or types of antibiotics given to food-animals reared in farms solely for human consumption. “This practice has contributed to rising levels of antimicrobial resistance in the community. Even sewage has resistant bacteria growing these days,” said Dr Baveja.

“People shouldn’t pop antibiotics if they have viral fever. They shouldn’t ask the chemist or non-allopathic doctors to give them antibiotics. Without discipline in the use of antimicrobials, we will see another tuberculosis like horror story,” added Dr Baveja.