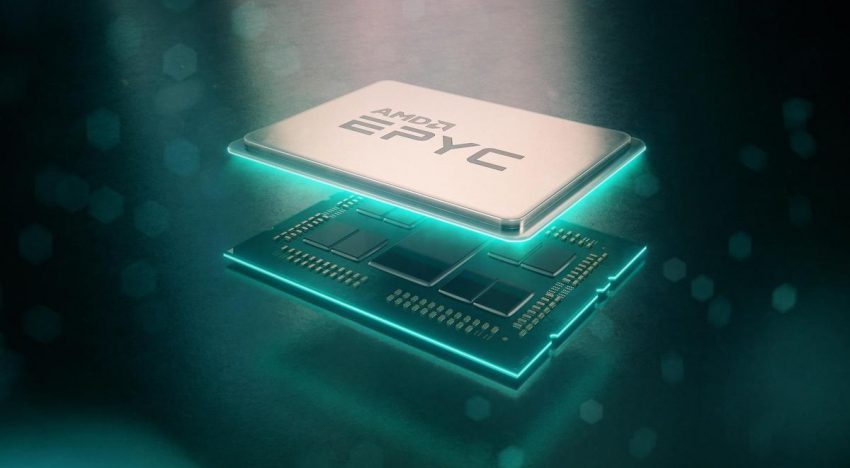 AMD has taken the wraps off the third generation of Epyc server processors, codenamed Milan, just 18 months after launching the Rome generation. Formally named Epyc 7003, the new generation sports a new Zen 3 core with a number of performance bumps.

The Zen 3 core has been on the market for a while in desktop form as AMD’s Ryzen 5000 series, a line that has proven very hard to find due to a supply shortage and high demand. Because of its performance, the 5000 series is insanely popular with gamers.

Like the Zen 2/Rome/Epyc 7002 line, the new Milan is built on a 7nm manufacturing process and is socket-compatible with the prior two generations of servers, so you can give your servers a processor upgrade without having to replace the whole thing. All you need is a BIOS upgrade from the motherboard maker.

At the heart of AMD’s promotion of Milan is an increase in raw performance throughput of 19% due to enhancements with the new core design. With scaling getting harder, core performance jumps of less than 10% are becoming standard.

Milan processors will come with up to 64 cores and 128 threads. Rather than a big piece of silicon, the processor is designed with eight chiplets having eight cores each and tied together with a very-high-speed interconnect.

All processors will have 128 lanes of PCIe 4.0, eight channels of DDR4 memory, and new options for channel-memory optimization. While they are socket-compatible with the old designs, Milan does have a higher power draw; 280 watts vs 240 for Rome and 180 for the 32-core first generation Epyc 7001.

Since the first generation of Epyc, AMD has focused on hardware-accelerated memory encryption for data-in-use protection. This includes an AES-128 encryption engine embedded in the memory controller to encrypt and decrypt data in main memory when an appropriate key is provided.

It also offers Secure Memory Encryption (SME) to encrypt system memory and Secure Encrypted Virtualization (SEV), which uses one key per virtual machine to isolate guests and the hypervisor from one another. This encrypts the contents of a virtual machine to prevent intrusion by other tenants in the VM.

AMD’s focus on virtualization is winning over cloud providers. By the end of 2021 it expects to have more than 400 cloud instances using all generations of Epyc processors and 100 new server platforms using Milan processors.

And the OEMs are lining up to support AMD. HPE announced it will use the chips in its new HPE ProLiant servers and HPE Apollo systems along with Cray EX supercomputers. Other partners announcing support for Milan include Dell Technologies, Lenovo, Cisco, Google Cloud, AWS, Microsoft Azure, Oracle Cloud Infrastructure, Supermicro, and Tencent Cloud.

And AMD is winning customers. For its fourth quarter of 2020, AMD’s sales of server and semi-custom chips rose by 176% year-over-year to $1.28 billion. Just a few years ago AMD server sales were negligible.